As we mentioned in a couple of previous posts, we lined up a work camping gig at Lake Powhatan Campground and Recreation Area outside of Asheville, North Carolina. With all of our market opportunities to sell Rosemarie’s jewelry mostly dried up, we needed a new, hopefully temporary, side hustle to give us a bit of a financial buffer. 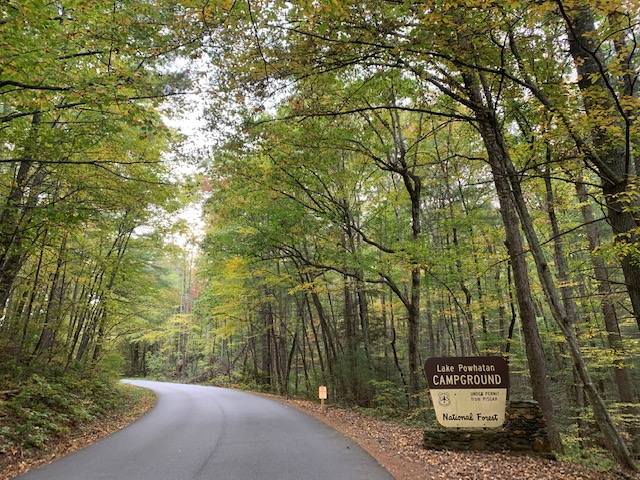 It all came together over the course of two weeks starting with a casual conversation with one of the camp hosts at Lake Powhatan during our two day stay their back in July and ending, we thought, with a phone conversation and agreement with the on site managers, Jim and Dianne. The agreement was a two month commitment on our part to work as camp hosts, which would entail a couple of shifts a week at the front gate and a few mornings clearing camping sites after guests depart. In exchange we would receive a free full hook up campsite.

To be honest, it was not ideal: we calculated about 20 hours of work a week for both of us with more interaction with the general public (arriving camper check in and accepting payment from day users) than we would have liked for middling compensation. The pros were a secure couple of months in a beautiful campground outside a wonderful city with mountain weather certainly more tolerable than the Florida summer.

The morning after our arrival, however, Dianne mentioned, almost off handedly, that their “glamping” host had left on short notice, and they were rather eager to find a replacement since that opening really put them in a bind. The Glamping Host was in charge of managing the twelve semi-permanent large tents (complete with a queen bed, electricity, towels, etc, sort of like a hotel room in the woods.) OK, that sounds harder, why would we want that job?

The deal was, in exchange for managing the glamping sites we would receive not only a free full hook up site, but also a modest pay check and that would be our sole responsibility: no front gate shifts and no clearing and raking of regular campsites. Though they asked us to agree to a three month commitment rather than the two months for the regular camp hosting gig, we were sold.

So that is where we have been and what we have been doing since mid August. We will continue until the glamping section of the campground closes on November 15. It has been great! But, admittedly, this work camping gig is not for everyone, as evidenced by the young woman they hired to manage the glamping section on our two days off: she quit within the first week. There are two issues which make this harder than the regular camp hosting gigs here, despite arguably less hours actually working.

The first is the physical labor aspect. The regular camp hosts, in addition to their two six hour shifts at the front gate, spend three mornings a week clearing any refuse out of sites, rake the leaves, and clear out the fire pits as necessary. While we don’t have front gate shifts, we spend five days a week managing the twelve tents, which includes all of the regular campsite preparation as well as sanitizing the inside of the tent, sweeping, swapping out the used sheets and towels and making the beds. For most of the tents I also have to lug a 40 pound deep cycle battery out and in every time we turn a tent. The bottom line is the actual physical labor is more demanding than the regular hosting jobs, even if the hours are shorter. 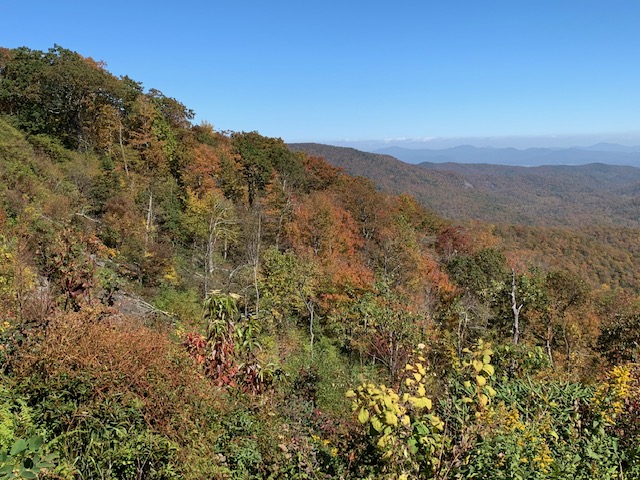 The second downside, and the one that the previously mentioned short term hire could not abide, was the number of hours you have to simply be present, even if you aren’t actually doing anything. Not only do we flip the tents in preparation for arriving guests, one of us also has to greet them and go over a few things about their tent and the glamping sites. Sure, doing so only takes five minutes per guest, but we need to be available from 4 pm to 8 pm (or the last arrival) five days a week. For us, not a big deal at all: we manage our outings for the afternoons and would not be going out a lot in the evenings anyway. For some, this is a non-starter. 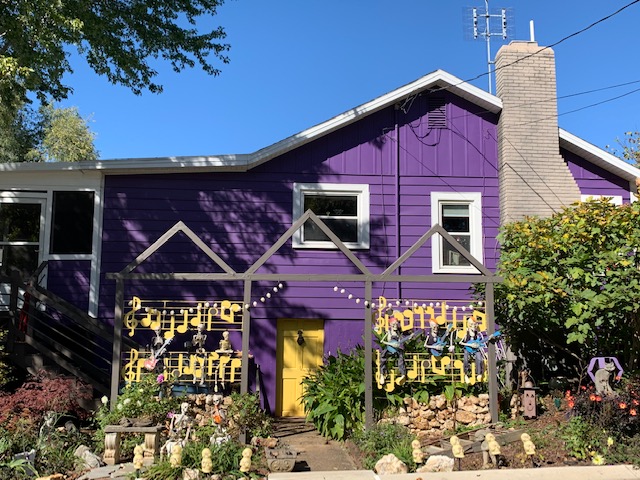 A final downside, which applies to all of us working at Lake Powhatan, not just the glamping hosts, is the near complete lack of cell service in most of the park. I mean, forget about free park wifi, we can’t even get a single bar of cell service in most areas. We find ourselves spending a lot of time out in town downloading stuff, and several times a week we drive to the top of the hill where we can, usually, get a couple of bars off the nearest Verizon tower.

Rose found this huge Hen of the Woods shroom at the base of an oak tree near one of our glamping tents. We feasted on this delicious fungus for over a week!

So while this gig is not for everyone, and the lack of cell service and wifi has been cramping, for the most part this work camping job has been nearly a perfect fit for us. The hours are reasonable, the compensation fair, we get to use the campground washing machines and dryer one day a week, and we even have our own golf cart.

Next up: Since we skipped ahead a bit in order to catch us up to our current location, we will next go back and add in our last Tennessee stop and a couple of monthly reports.

2 thoughts on “Our Work Camping Gig in Asheville”