During our last nine days in Florida we solidified our July and onward plans this much: Spend the July 4th weekend with Marissa, Ray, and their extended family outside Atlanta.  Then work our way to Asheville to see my brother and his wife Emmie, hopefully hooking up with my dad and stepmom Marcia, also full time RVers, before or after Asheville.  While in Asheville we would make a car trip to visit mom and stepdad Tim in Wilmington. That’s it.  No reservations, and all but the most immediate stop still rather ill defined in terms of timing. 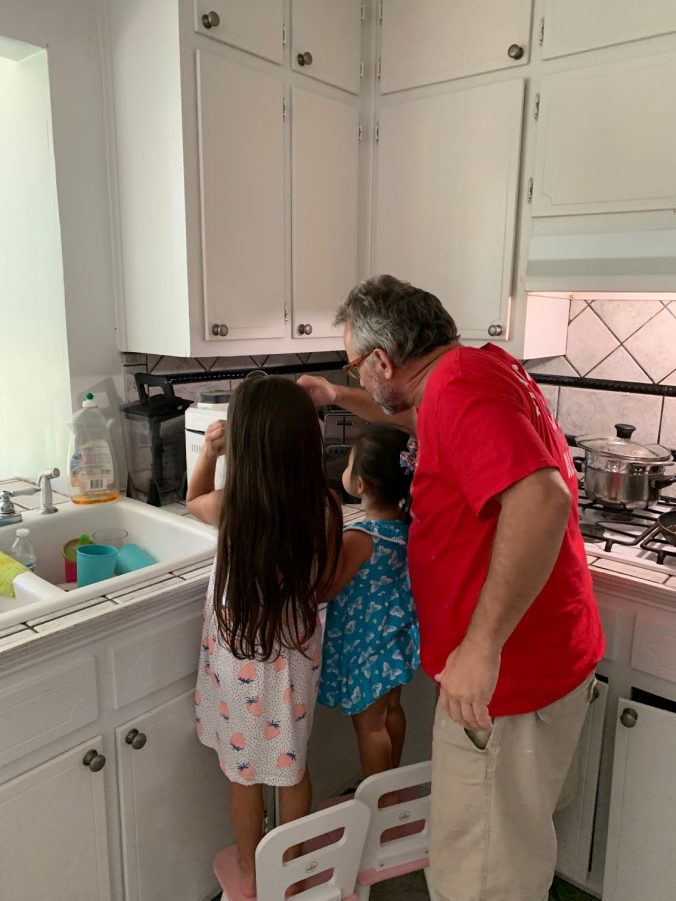 So we went with that, and left Gilchrist Blue Springs State Park bound for Snellville, west of Atlanta.  We split the drive into two easy legs with a stop at Southern Trails RV Park, a perfectly serviceable Passport America place for a one night stop over minutes off of I-75.  Being this close to the interstate, it’s is not a destination visit, but it was ideal for our circumstances, and looks to also be a great spot for those horse owners using the next door corral and riding areas. 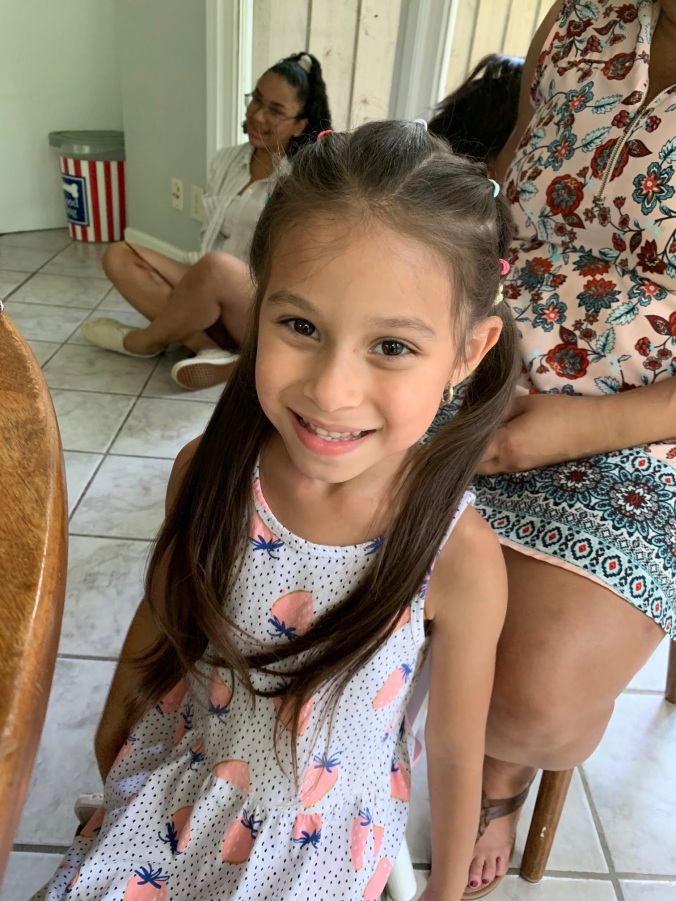 We continued on the next day To Marissa and Rey’s while trying to limit the back road time to preserve our cat’s delicate stomach, but alas, it’s difficult to drive to Snellville from the south without many miles of twisty turny.  She almost made it without incident. Almost. 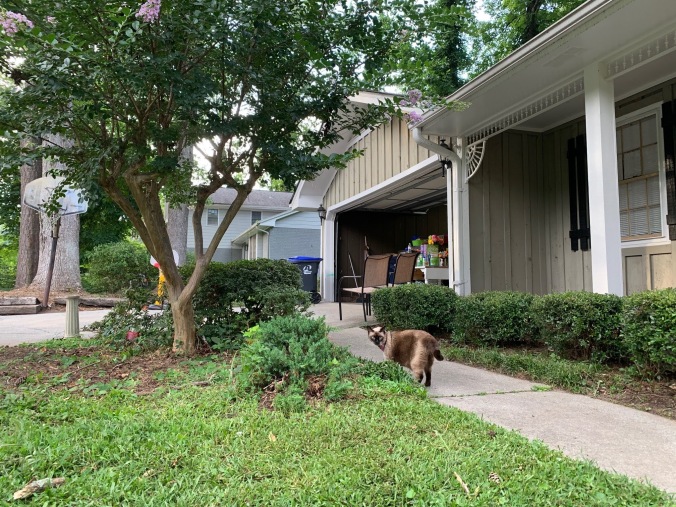 We parked in our host’s front yard, parallel to the street.  For most visits to friends’ and families’ houses that can accommodate our rig, we would look to stay in the driveway or along side it.  Rey and Marissa’s, however, is much to steep; the one visit we tried it left us comically un-level and having to throw together a crude set of steps to even get in the rig.  Right along the road in their front yard has worked out much better for us since then.  We can even put out the slides since I went out of my way to park with the right side of the RV, i.e., the one with the shallower slide out, towards the street. 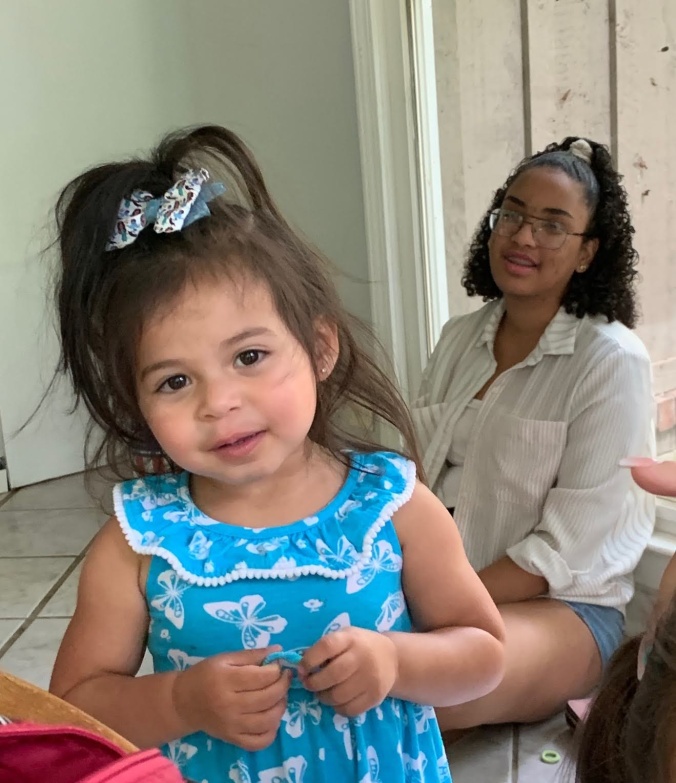 We had a great Fourth of July weekend with the family.  Ray and Marissa’s daughter Annalise looks almost exactly the same despite being nearly three years older, but Sarah has turned from a round little infant into an energetic and loving toddler.  Rose’s aunt (Marissa’s grandmother,) Titi Clarivel lives with them, while cousin Betsy and her two younger kids, Daniella and Gabbi came for a visit our first day. 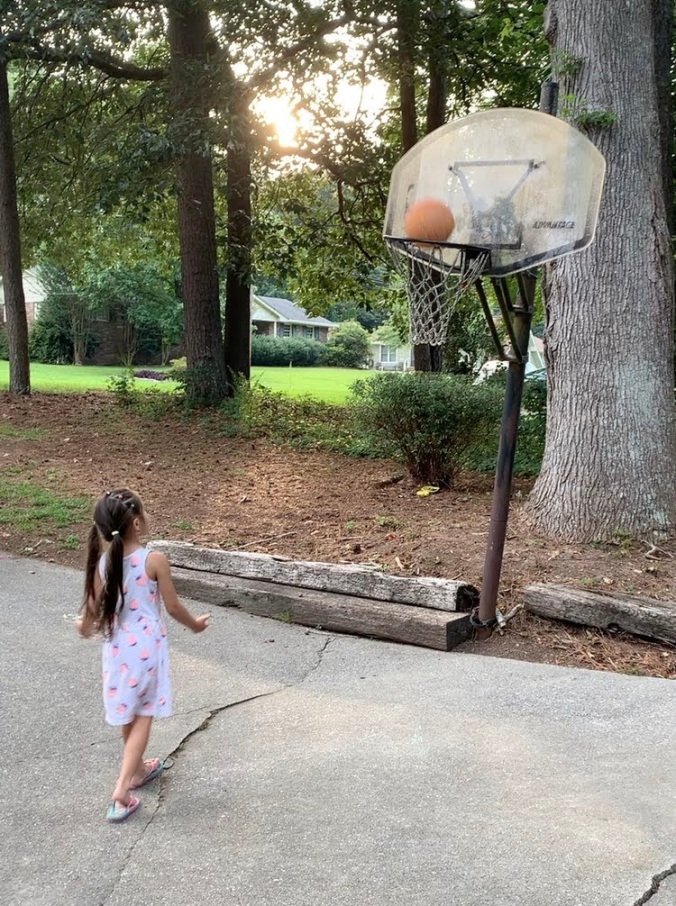 Annalise beating me at Horse.

We brought the girls a wooden train set found in the donation area way back at Sigsbee Campground in Key West, and they loved it.  It was the primary toy that we all played with during our visit.  The kids really enjoyed putting it together, making different track layouts, and pushing the little magnetically connected wooden train cars around. 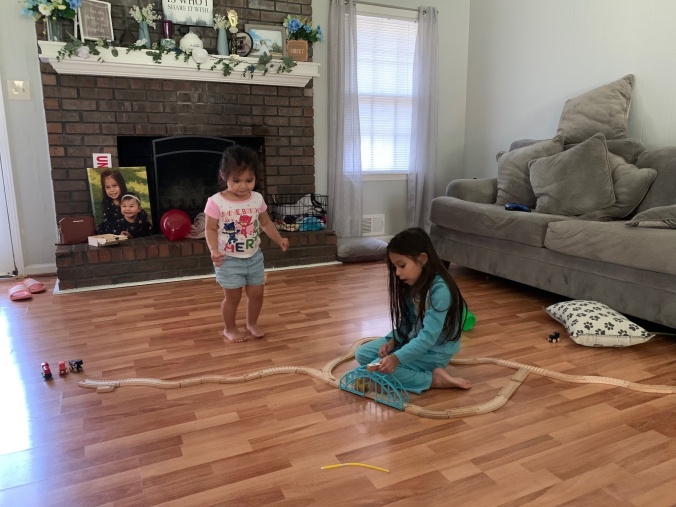 We enjoyed fireworks both nights we were there.  On the fourth, naturally, but also again the next night because Annalise felt that Rey had been tricked that first night into buying the bad fireworks that barely shot up in the air at all.  So Ray purchased a rather more elaborate set for the fifth, and Annalise hated it since it was much louder and more aggressive than the previous evenings entertainment.  Sometimes you just can’t win. 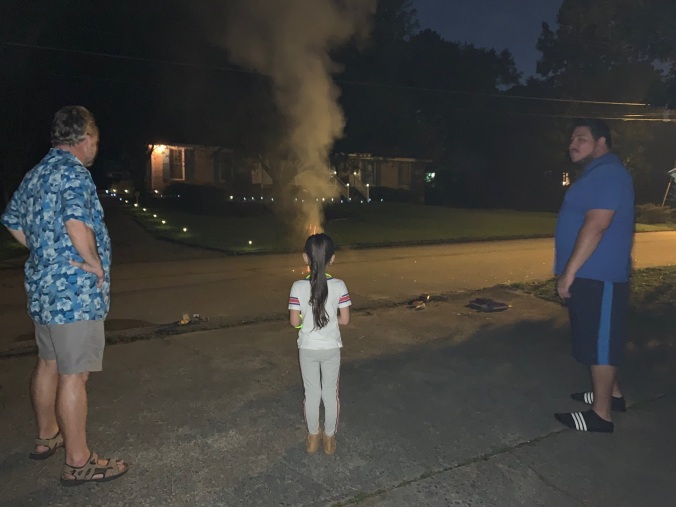 Next up: South Carolina.