The morning after our fourth night in Mr Mobile RV’s parking lot we made payment, topped off the big fixed propane tank and our little grill tank at a Tractor Supply Center, and filled Serenity’s gas tank as well.  Had I known the price of fuel would plummet due to the ongoing oil production pissing match between Saudi Arabia and Russia, which has been seriously aggravated by various levels of enforced and/or socially encouraged isolation, I would have put in much less than the 65 gallons it took to fill the our tank.  Ah well. 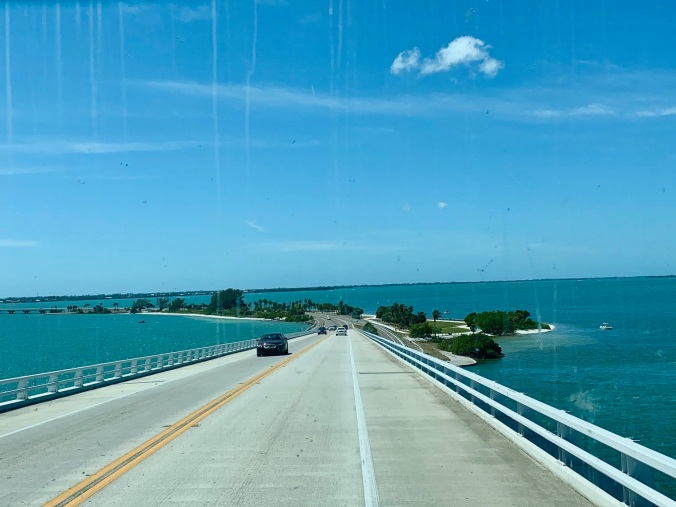 With our 2020 travel plans in the crapper and most of our preferred Florida campgrounds closed (all state parks, most county parks, all military parks) we decided to secure a month long stay at Periwinkle Park on Sanibel Island.  On the day we arrived total confirmed US cases passed 55,000, with more than 11,000 confirmed that day alone.  We were well into exponential growth, and looking at the numbers now, about a month away from the top of the curve.  We had not even reached 1,000 confirmed deaths yet, but the writing was on the wall. 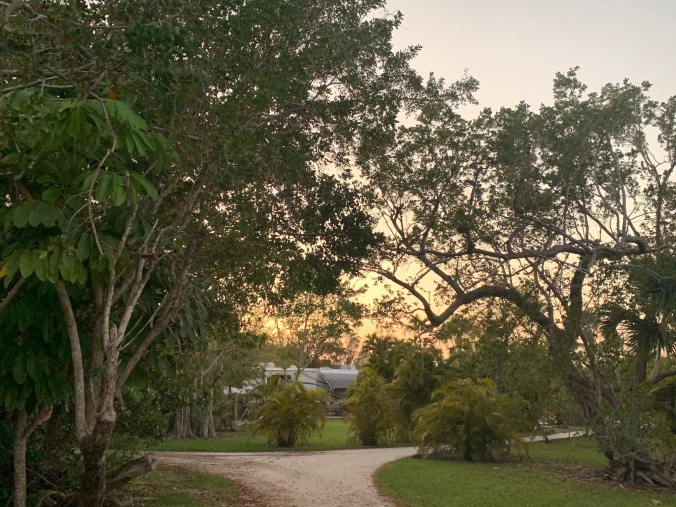 Our site behind those bushes as seen from the bike path.  Lots of green space!

Even the private park owners were getting nervous: the day after we arrived Periwinkle Park stopped letting in new reservations.  Having been here for almost five weeks now, we really think we made the right decision, and not just in choosing to go long term and hunker down, but specifically our selection of Sanibel as the place to do it.  It’s an island with a $6 toll to enter which serves as a casual barrier, and when combined with all the beach parking lots being closed, the place is now far less crowded than normal.

The local population appears to me to be ahead of the curve in terms of social distancing.  Not that first week, but now we are seeing a lot of masks, careful physical distancing, and lots of things being disinfected. 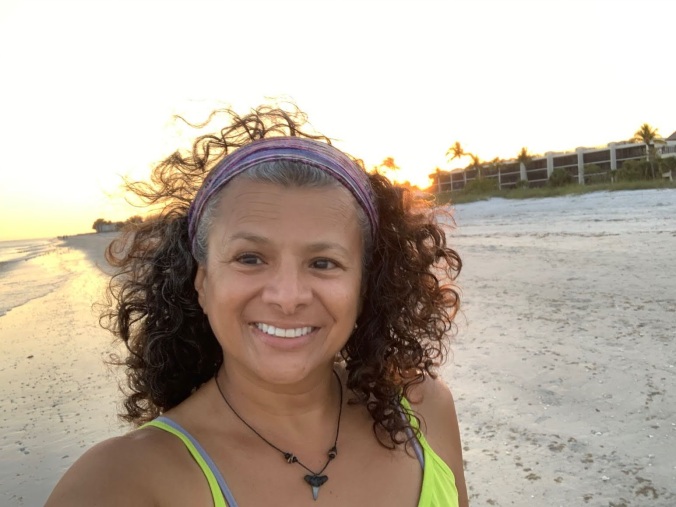 Note that you can’t see a single person other than Rose in this shot; it is that empty.

Sanibel is incredibly bike friendly with miles and miles of bike paths physically separated from the roads.  The beaches are open, just the parking lots are closed, meaning we can bike to various spots, encounter almost no one on the way, and easily stay a hundred feet from anyone else on the beach.

The park itself is also ideal for our needs.  We spend a lot of time in places with only partial hook ups, so having the luxury of 50 amp service, water, and sewage connections is a nice change of pace.  Our site is great, though mostly unshaded.  We have plenty of green space though, and a healthy supply of lizards to keep PKM entertained.  The place was only 50% full when we arrived, and has slowly emptied out since then: of the 49 sites in the 50 amp section, there are only nine rigs still here.

Sure, it is by our standards a bit pricey, but the full month stay discount cuts the daily rate from $58 to $48.  It’s coastal Florida still in season, so hard to expect better than that for what we are getting.  We can get almost anything we need without leaving the island.  The grocery stores are open, as is the hardware store, and a good number of the restaurants are offering take out or delivery.  We have chosen not to partake in take out since that is unnecessary additional contact with people and items, but as things settle out I can see us loosening this restriction.  We shall see.

A few days before I wrote this we extended for a second month, keeping us here until at least May 24.  We will play it by ear after that, balancing our level of stir crazy against the significant rate drop that Periwinkle Park offers starting June 1st, and of course all of that informed by the latest info on the pandemic.  Following a quick Monthly Report, the next few posts will cover the specific things we did here in Sanibel to keep ourselves safe, sane, and happy. 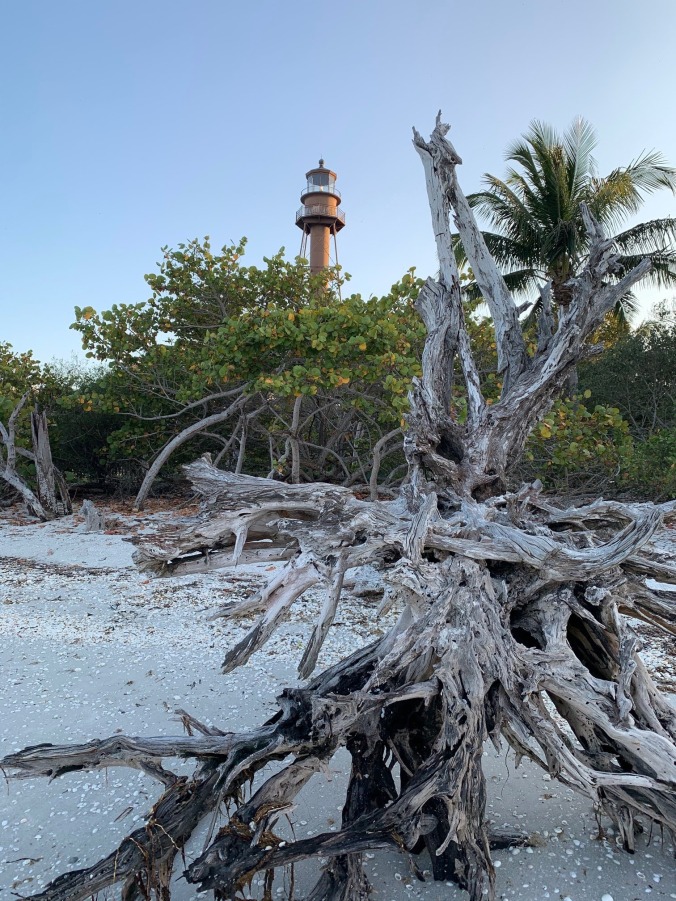