Last year we needed a stopping point on our way to Inverness, Nova Scotia after a bit of hard driving, and Tatamagouche fit the bill nicely with a bay side campground, Sunset Watch, a few miles outside town.  We really fell in love with the place, by which I mean the trifecta of Nova Scotia, Tatamagouche, and Sunset Watch Campground.  Our four day exploration of the area yielded such pleasure that we vowed Tata would be a priority during our next tour through Eastern Canada.

And so we returned, this time intent on at least a six day stay, and in a rare bit of actual planning for us, timed our visit to overlap Canada Day and the expected activities that both the town and the weekend, party-oriented campground would provide.  Not gonna lie: we anticipated selling some jewelry in the campground itself during the holiday weekend.  (We were not disappointed.)

We also contacted Tatamagouche’s farmers market manager who enthusiastically invited us to attend as vendors for both the Saturday event and the special Canada Day market as well!  We did quite well on the regular market, and so-so on the special event due to weather and low turn out, but it was all clearly worth it and an enjoyable experience to boot.

Dave, one of the park owners, encouraged us to extend our stay through the next weekend because they were planning an even bigger campground-wide bash as a “mortgage burning party.”  As we began to accept that including Newfoundland into our itinerary was really pushing our schedule, we decided to abandoned that plan, which gave us some slack in the general timeline, and eagerly extended our stay in Tatamagouche for a total of nine days.  Dave is, I believe, the single most active park owner/manager I have ever seen, constantly roaming the park, asking how things are, and making arrangements.  The park has excellent services, even a free once a week honey dipper truck to empty your black and grey tanks.

Aside from markets, we took several day trips through the region, partially guided by our Good Cheer Trail beer/distillery/vineyard list.  To the west, in nearby Malagash, we returned to Jost Vineyards for some tasty white wine samples, and to Bella Vista Cidery for some very interesting ciders.  To the east we hit Caldera Distillery in River John, Backstage Brewing in Stellarton and Uncle Leo’s Brewing in yet another picturesque coastal town, Pictou.  And of course, several visits to Tatamgouche Brewing Company, where we bought our first growler ever, and even made a jewelry sale to someone who noticed Rose’s earrings.

It wasn’t all drinking and partying, we had a few other fun activities in there as well.  Such as our visit to the “home” of Mable Murple, the title character of a famous illustrated poem by Sharee Fitch, who might be described as a modern Canadian Dr Seuss.  We stumbled across this place while passing through River John, and noticed some sort of big event going on.  Pulling in we found that Mable Murple’s was hosting a children’s book fair as part of their Read by the Sea celebration. 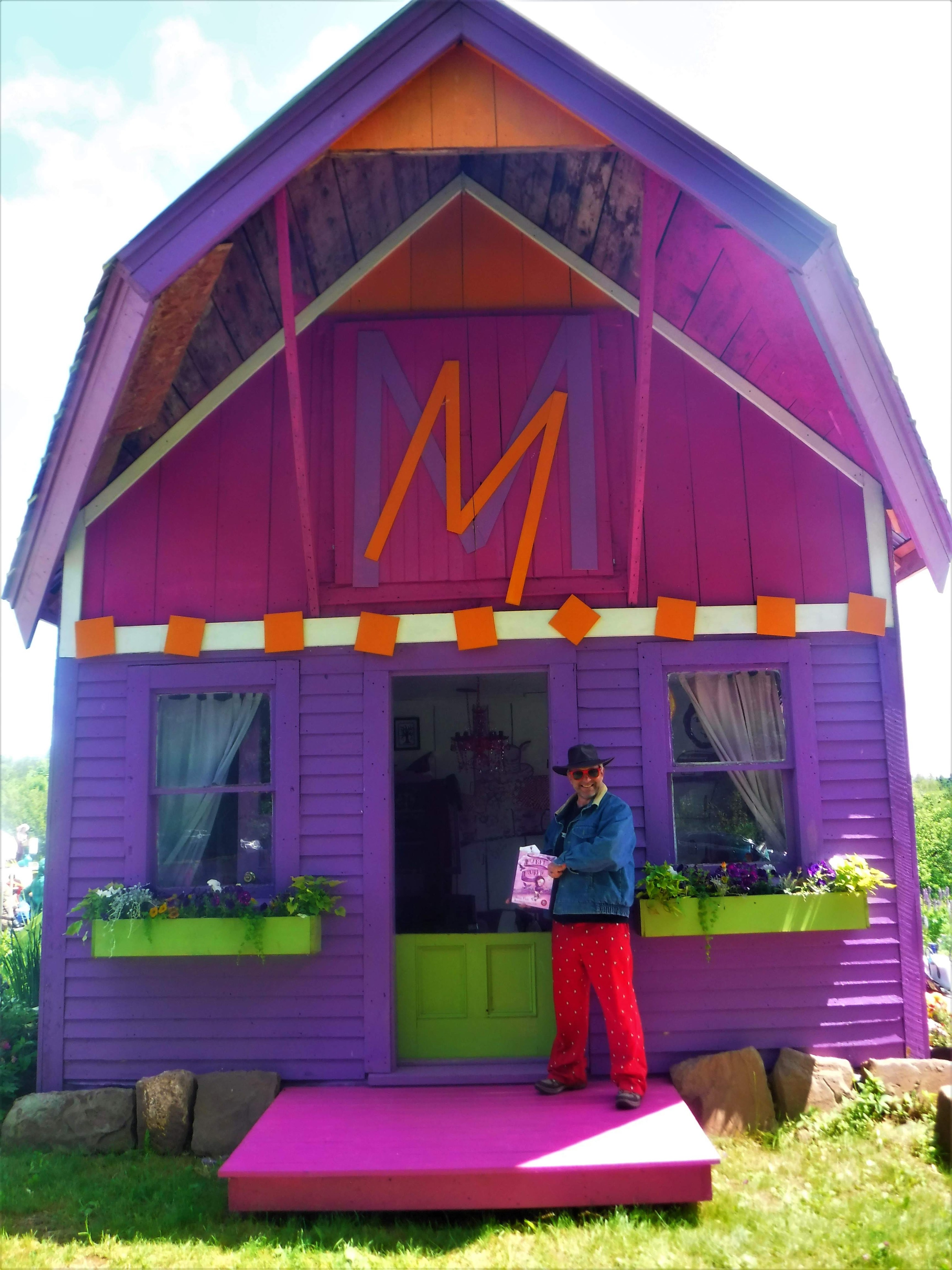 We returned to Pictou near the end of our visit for the annual Lobster Carnival.  We assumed this would be a festival celebrating lobster, and that lobster would be everywhere.  Lobster rolls, boils, fried on stick, bisque, on a salad, as a pizza topping!  This was not the case.  It was a fairly typical carnival with lots of rides, carnies, and music.  A bit disappointing, but we had made assumptions without research. 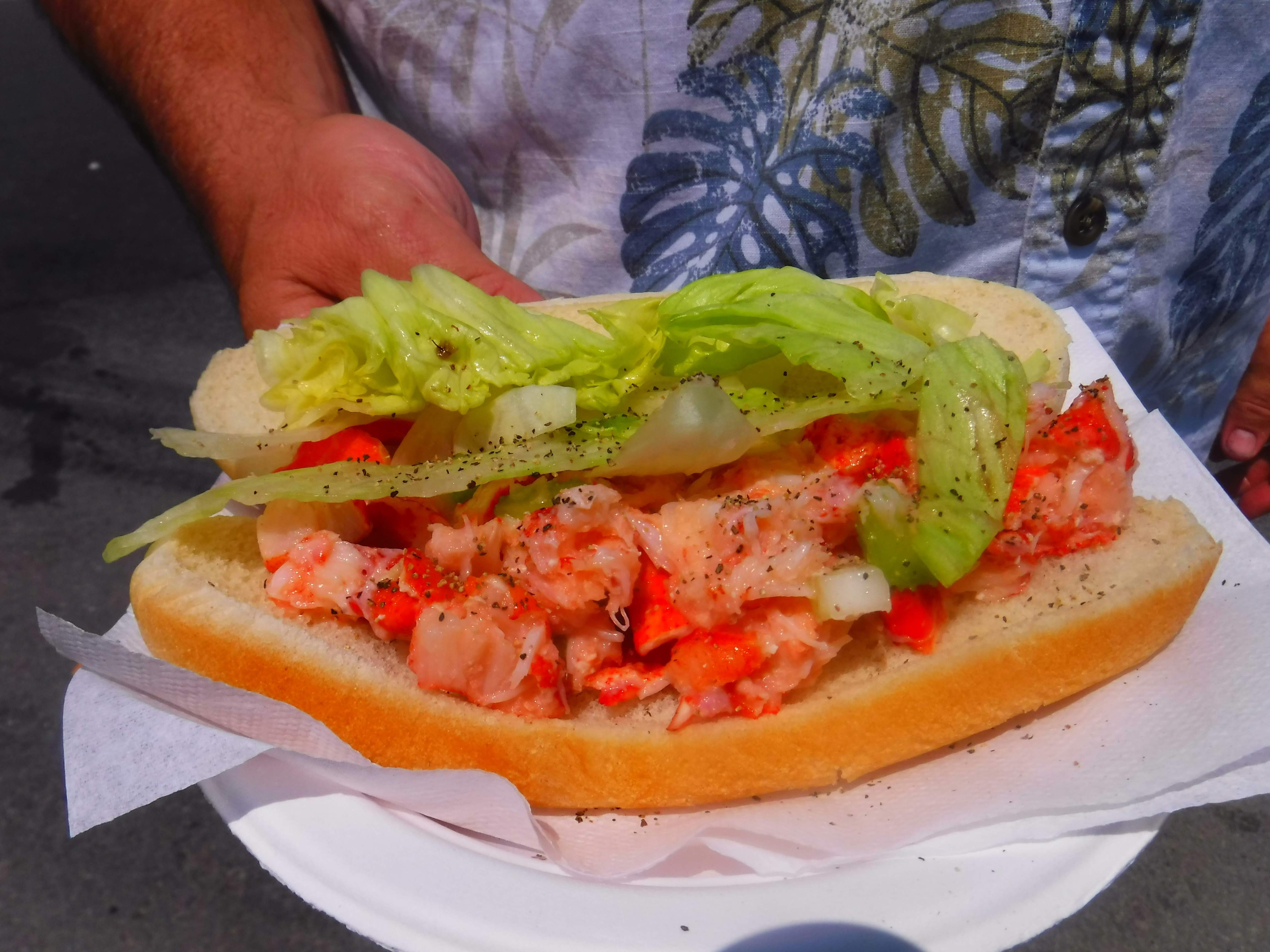 This lobster roll looks great, but it was a bit rubbery.  We had way better meals at Tatamagouche’s Chowder House (fish and chips) and Dexter’s ($5 Sandwiches to go.)

Dave’s mortgage burning party, however, did not disappoint.  He had three bands playing from late afternoon until well after dark, gave out free drink tickets, hosted games, and even made an announcement that “the lady from Florida is selling jewelry at site 2-17” which resulted in several sales.  We really closed out our Tatamagouche stay well with a third downtown market and campground sales to boot.

We loved out time in Tata, but our reservations were made for Inverness, so it was time to move on.  Since Newfoundland was no longer in the cards, we would be passing back through Tata, or at least nearby, on our way out of Nova Scotia, and went ahead and arranged with Dave for a two day stay back at Sunset Watch the next weekend. 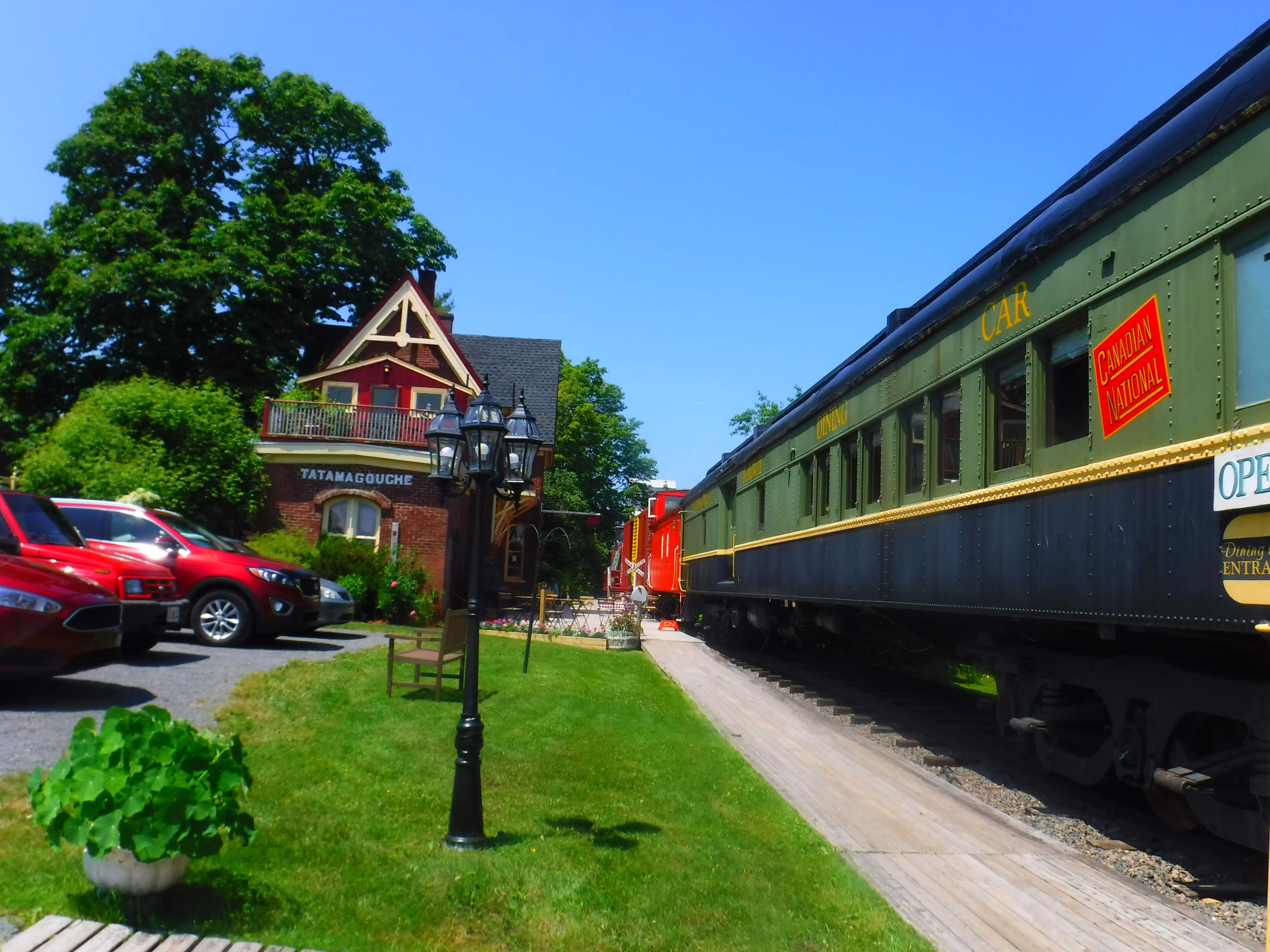 The Train Inn and Restaurant, all within a couple of old dining cars and cabooses.

Next up: Inverness, but this time with more than just sea glass hunting.

Taking a break at the Seafoam Lavender Farm.

5 thoughts on “Back to Tatamagouche, one of our favorite towns from our 2018 tour.”