After departing the Norfolk area we crossed the Chesapeake Bay Bridge-Tunnel, an experience in and of itself with a hefty $34 toll for our rig, and pulled into the family campground on Dover Air Force Base.  We stopped there last year for a couple of days, and remembered it to be quite decent.  Like almost all AFB campgrounds everything is in excellent condition and reasonably priced: we had 50 amp and full hook ups for $20 a night.  Sure, Dover is not exactly on everyone’s must see list, but it worked as a nice stopover after spending five days with family. 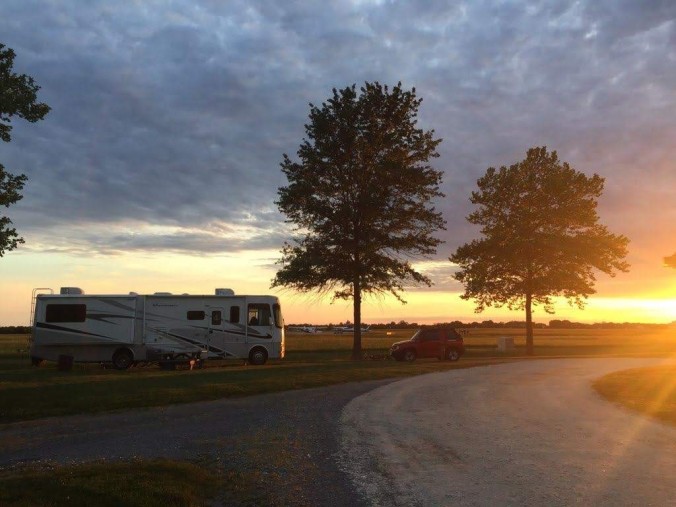 The Dover AFB campground only has 15 serviced sites.

We planned for a two night stay, but then Rose learned of a Buccaneer Bash at nearby Bowers Beach, basically a pirate festival with a lot of people in full historical costume, and they accepted us as vendors, so we ended up staying a full five nights.  It had been ten weeks since our last sales event, which made it almost like starting over as we had to pull out all our racks and equipment and get everything ready.  Rose went gangbusters building our inventory back up and organizing the racks while I, um, supervised.  OK, I had to pull out all the tables, racks, displays, and canopy and load the car, but Rose did the lion’s share of the prep. 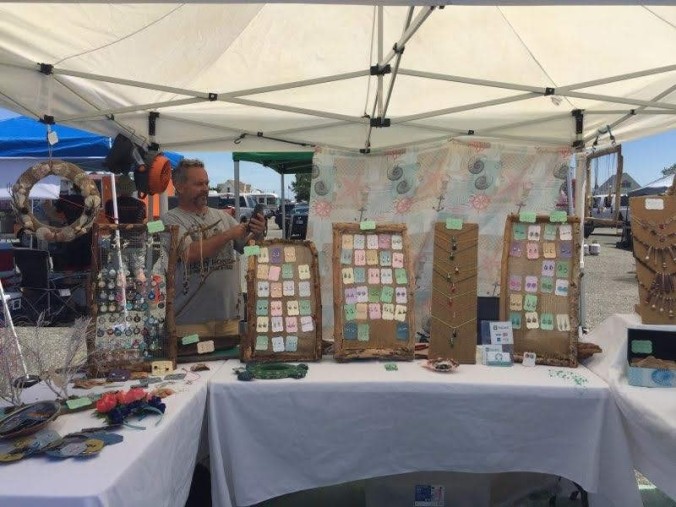 Setting up on day 1

We were rewarded with an excellent result at this two day event, and had a great time doing it.  It is always fun to walk around and see the other vendors and purchase a few items.  For us this is usually food, and we enjoyed a breakfast sandwiches, fries, and craft beer from a local brewery.  This festival had some live music, plenty of cosplayers, and a “pirate camp” devoted to those in full period attire with 18th century and before style tents, producing goods and items in authentic style or at least authentic appearance) and giving demonstrations and reenactments.  We could have done without the periodic cannon fire, though. 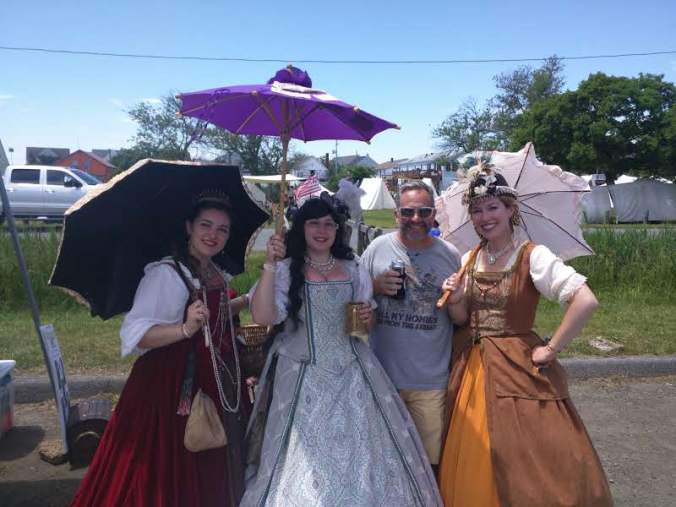 Despite brisk sales, we had to cut the first day short when the wind picked up considerably and threatened not just our racks but the entire canopy despite our tent weights.  Day two had considerably better weather but slower sales; it seemed like a third of the vendors didn’t bother coming for the second day. 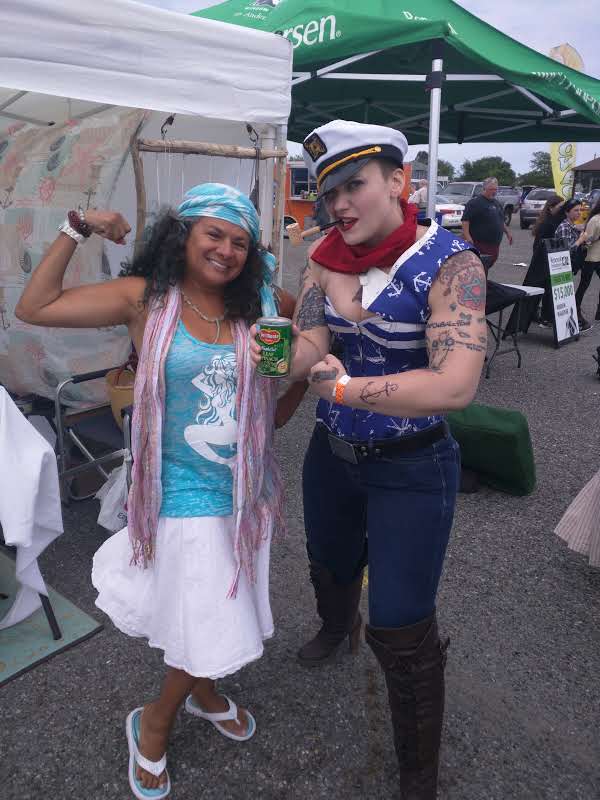 We also visited the local Moose Lodge, Camden-Wyoming #203, for a drink on our last day in town.  This Moose is likely the second most welcoming (nothing will ever top our Ellsworth home lodge) of the 26 we have visited.  In addition to one of the generous members covering our first round, they gave us a license tag to take to our home lodge, and were generally interested in our travels and glad that we stopped in.  Of interest for the next time we get to Delaware: I asked the handful of members if there was something that they considered a specific regional food.  After some internal discussion, they came back with scrapple.  Yes, scrapple. 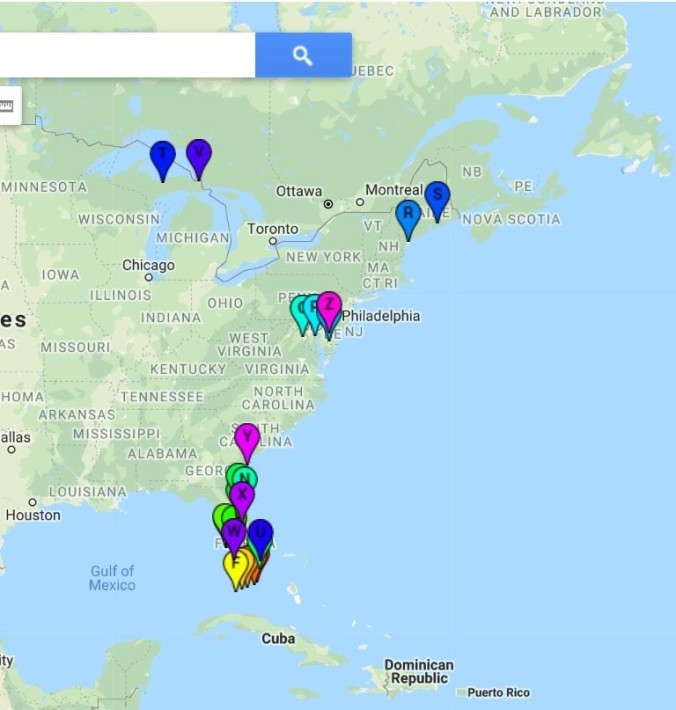 All the Moose’s we have visited

We got to see a bit of drama during our stay in the park.  One of the campers, staying in on of those Class B camper vans, left his spot to run some errands, meaning he took the van since it was his only transportation.  While he was out, another camper in a big Class A with no reservations pulled into his spot, having failed to check with the front office about availability or check the board with posted reservations.  When van guy returned, Class A guy refused to give him back his spot!  The cops came, and after about an hour and apparently several phone calls, Class A guy was forced to move, and nearly kicked out of the entire campground.  Bizarre.  We actually ran into van guy at the festival, he had a sense of humor about it and gave us the full blow by blow. 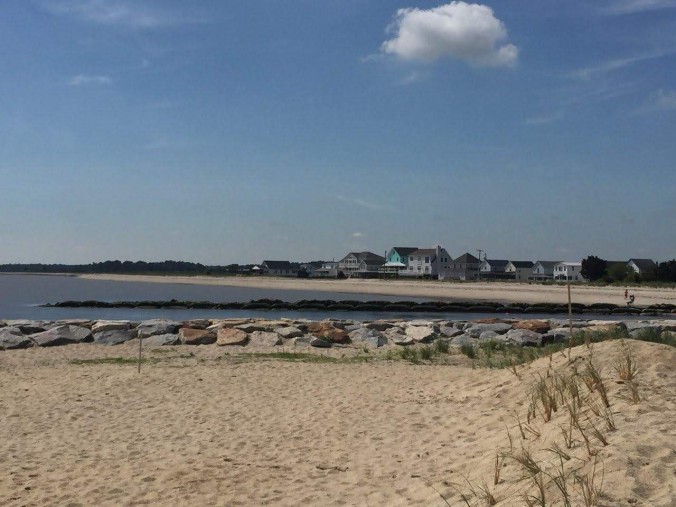 Our only regret about our Delaware stop was not being able to see Stan and Marilyn, who were out of town during out stay.  Next time, guys! As for bringing the blog up to date: I was on a real streak for a while with 8 posts in 11 days, only to get lazy with a 9 day lapse.  With this and yesterday’s post, we are getting back on track, though still nearly four weeks behind. 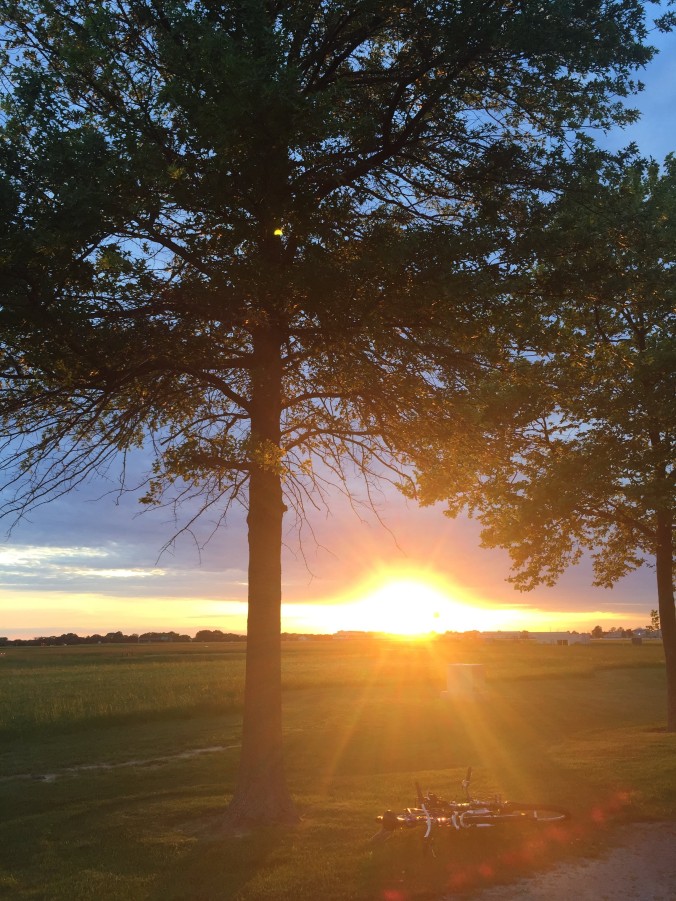 2 thoughts on “Delaware for longer than anticipated, but who can turn down a pirate festival?”