When we officially retired in December of 2014 and began our full time RV lifestyle in the weeks that followed, we fully intended to include traditional “vacations” into the yearly plan, aiming for one overseas trip per year, and possibly some within the lower 48 states flights as well.  In 2015 we went to Hawaii and England, but starting in 2016  money and opportunity limited our plans.  That year we made one trip to Brown County, Indiana so stepmom Marcia could show us that great little area, while Rosemarie made a couple of short trips to Coral Springs and Norfolk to see family.  The same with 2017 and 2018, a few trips to Norfolk each year.  (Our trip across the border into Mexico in 2017 doesn’t count: we only went for dental work!) 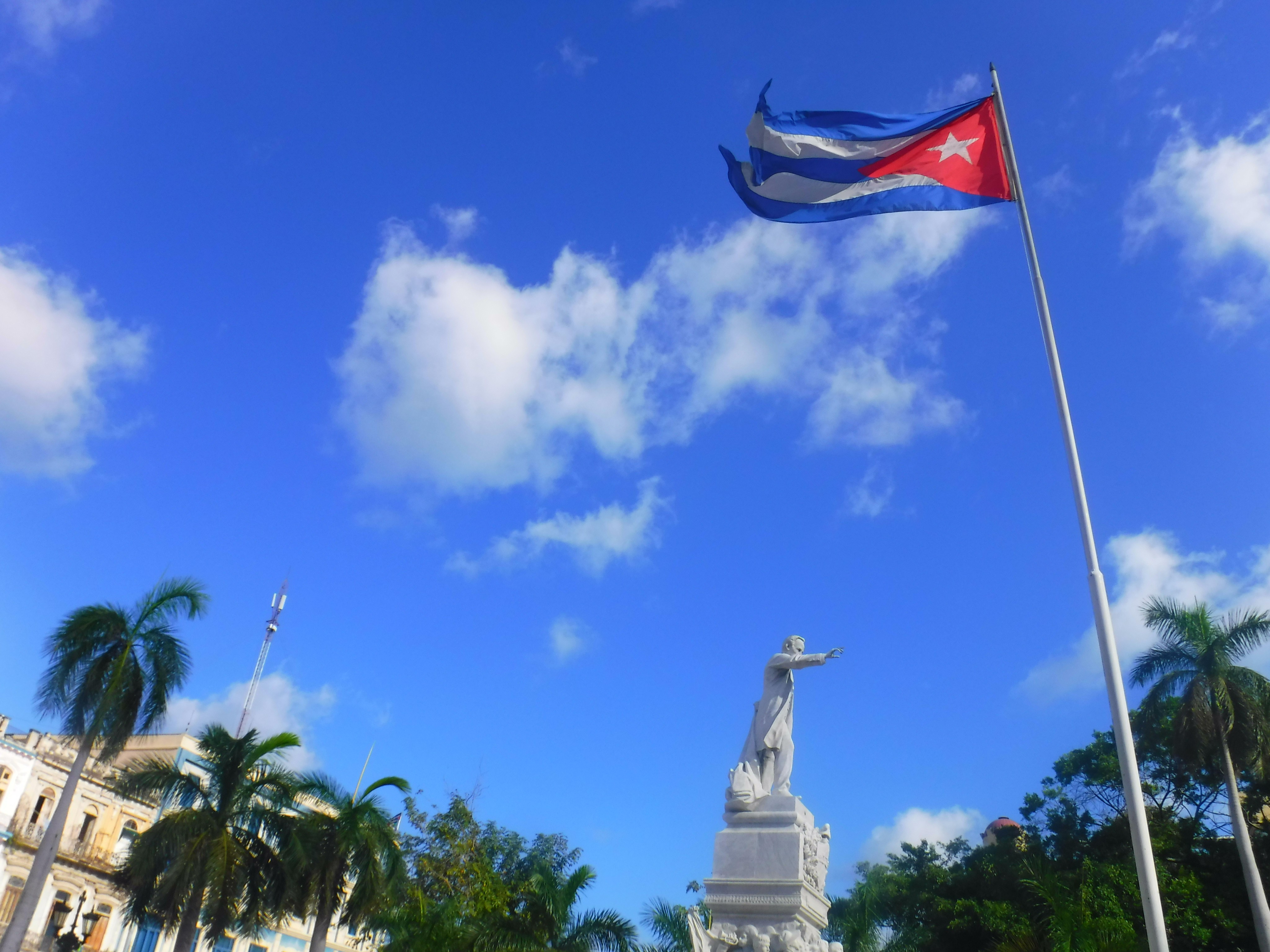 So when an affordable and well timed opportunity to take a six day guided tour of Havana and outskirts, we jumped on it.  It all came to pass through family connections: Rosemarie’s Uncle Mario’s wife, Talek, started up a travel organization after retiring from the international corporate world.  She leverages her experience working throughout Latin America, Europe, Africa, and Asia to take small groups on her personally guided trips, or provide you with the information, tools and motivation to do so yourself via her excellent blog: Travels With Talek.  As a Cuban-American, she has taken numerous trips to Cuba, but had never taken a group.  Since this would be her first, she wanted to beta test it on friends and family who would provide honest feedback, and she would do so “at cost” for her first set of travelers. 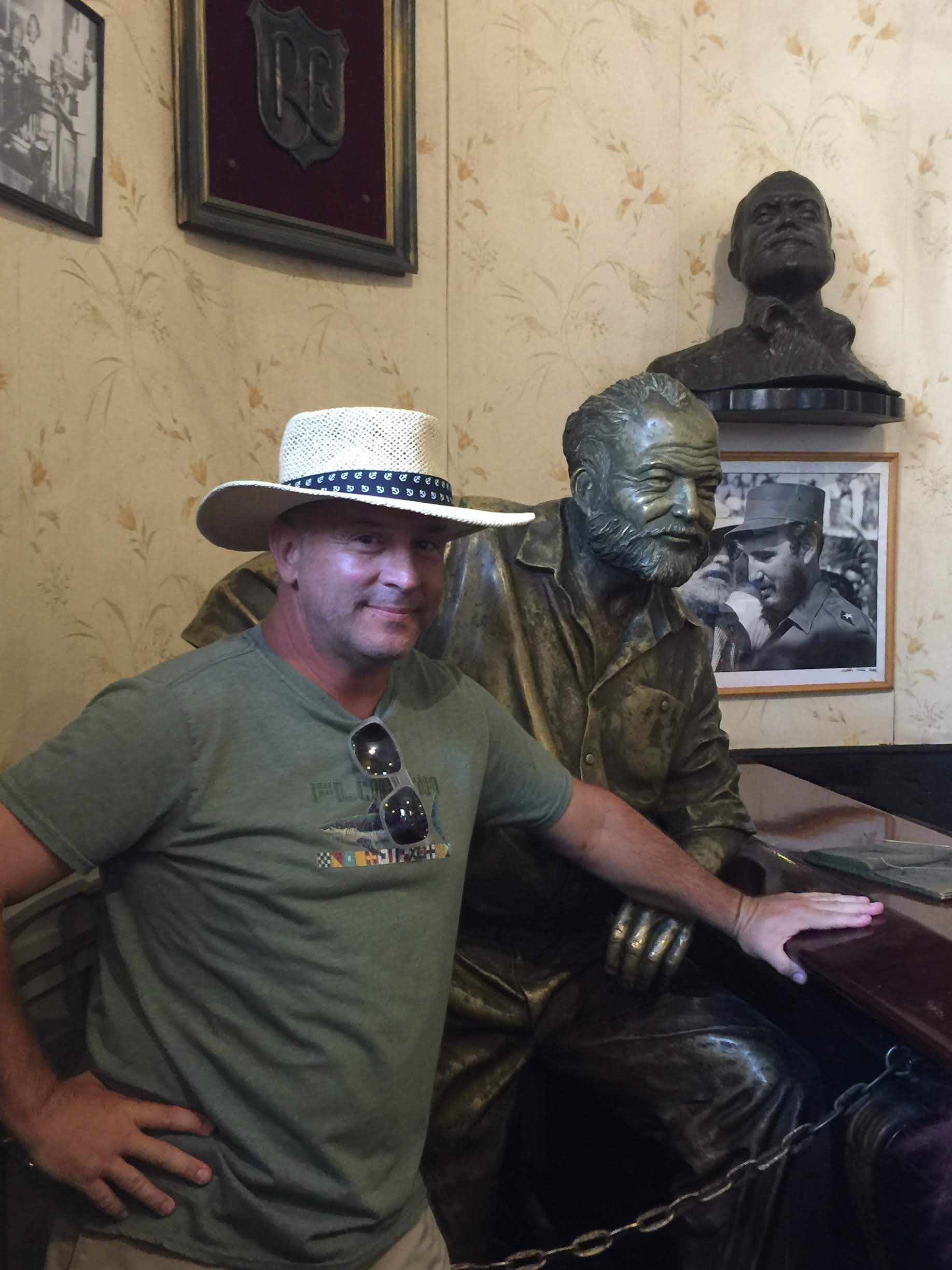 Talek’s guidance for this event started well before actual travel; she sent a series of emails to each participant filled with helpful information and links.  Thus we knew about the Cuban Travel Card, which serves as a form of Visa, and the 12 permitted reasons for US citizens to travel there.  (Tourism is not one of them!  We went with “Support for the Cuban people,” though education would have been acceptable as well.)  Talek made sure that our detailed itinerary included numerous events that supported and justified our stated reason for travel.  We knew what to bring, all about the complicated two currency system within Cuba, and how to maximize our money. 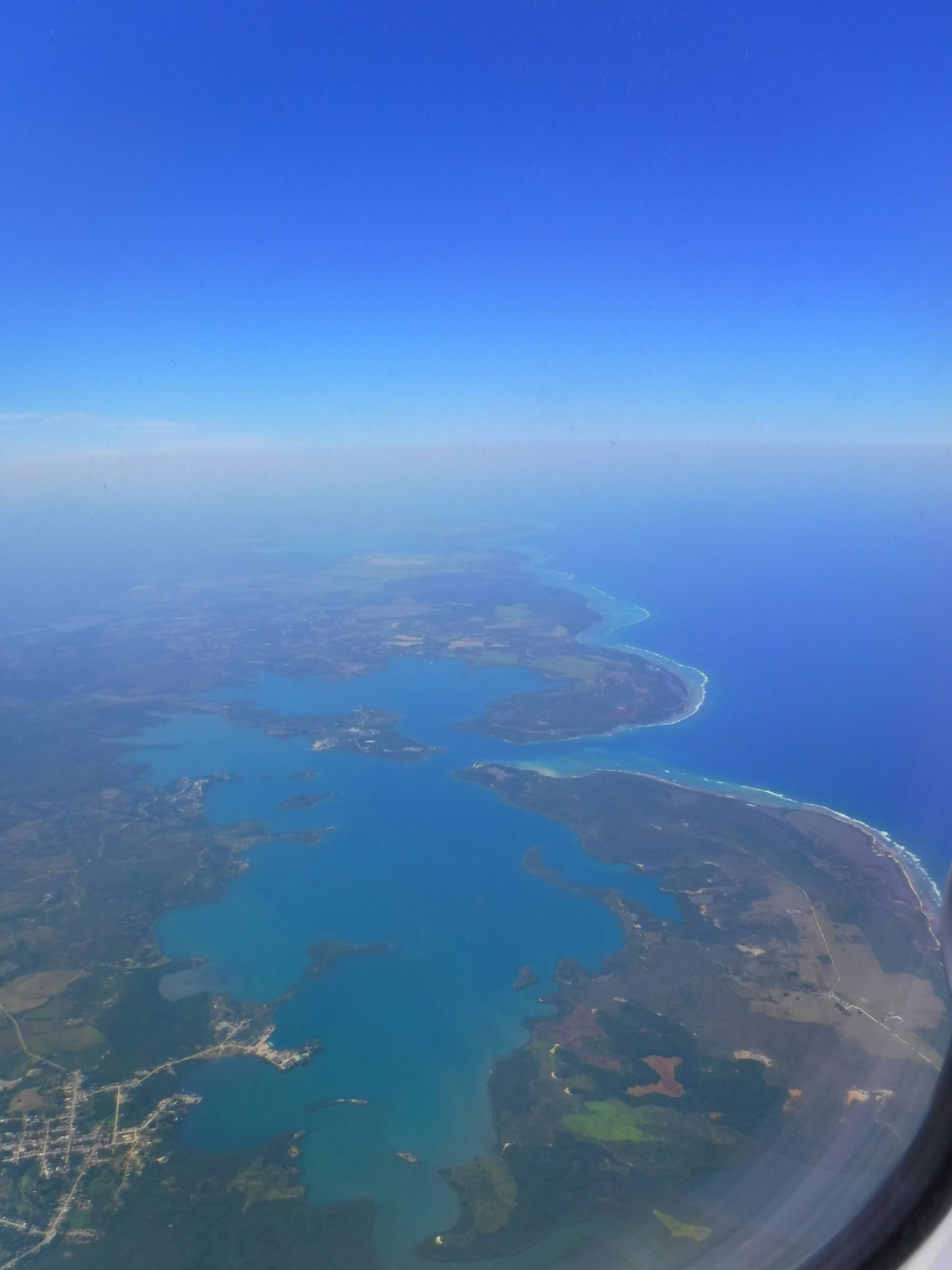 DAY 1: Arrival, Money, and the Casa

Based on price and airport convenience, and airline preference, we left the cat with Gloria in Venice, FL, drove to Coral Springs to stay with Xavier and Joy for a couple of days before flying out of Fort Lauderdale on Southwest Airlines.  We arrived early to get our $75 travel cards (they are sold by the individual airlines, with varying costs, so you want to do your research) and boarded a nearly full flight for the less than an hour air time.  Customs and Immigration was a breeze, and Talek had a driver with our names on a board waiting for us among the taxi scrum to take us to our residence for the next five nights. 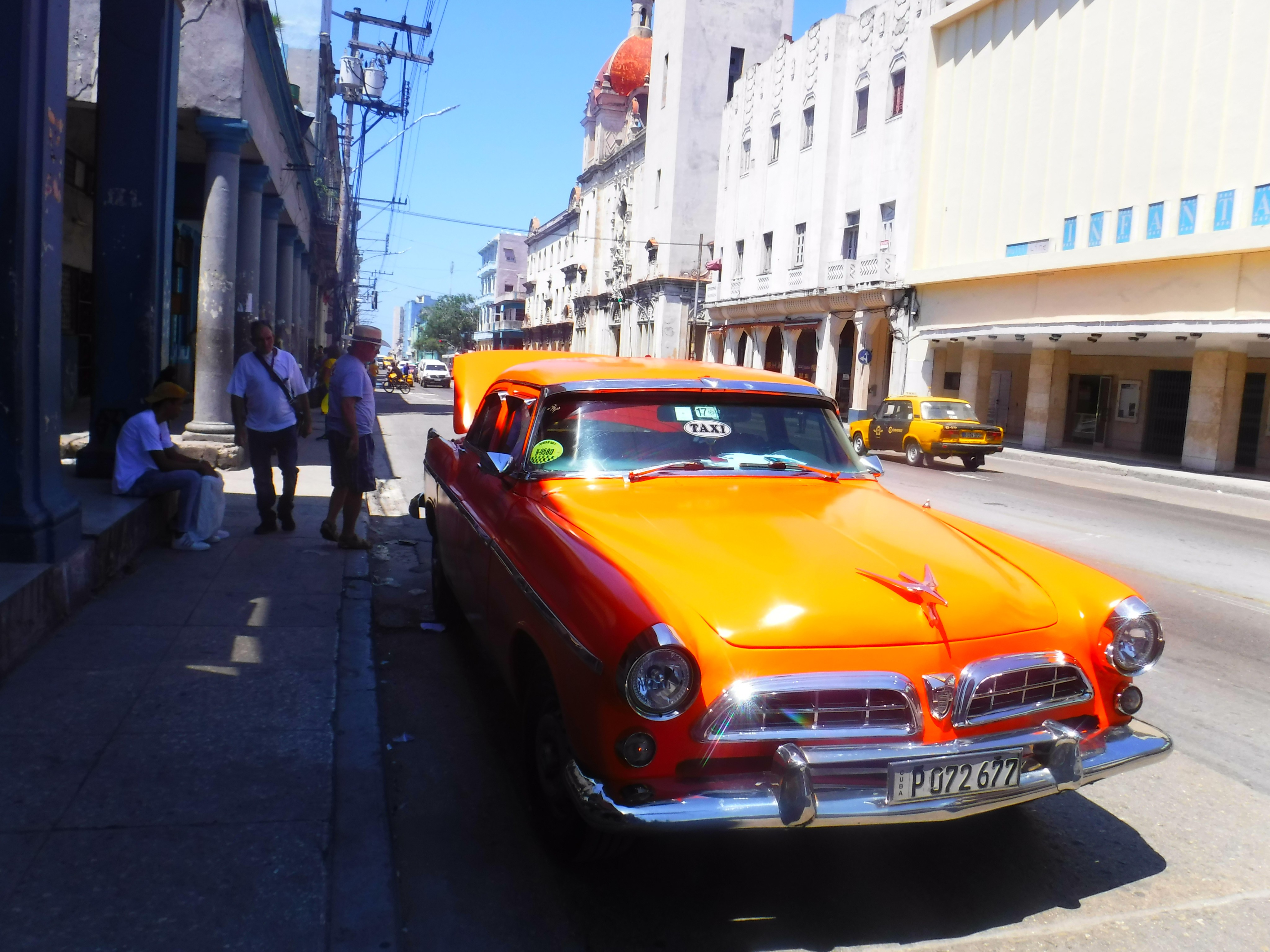 The first of many classic cars in which we would ride this trip.

There are three categories of hotel available in Cuba: government owned hotels (nice old buildings taken over after the revolution,) foreign owned hotels permitted by the government (usually very nice and expensive,) and private “casa particulars.”  In the wake of the collapse of the Soviet Union, the Cuban government had to pretty much restructure the entire economy since they were not getting any fuel or monetary subsidies.  They entered a Special Period that saw huge changes, particularly in agriculture, industry, and transportation. 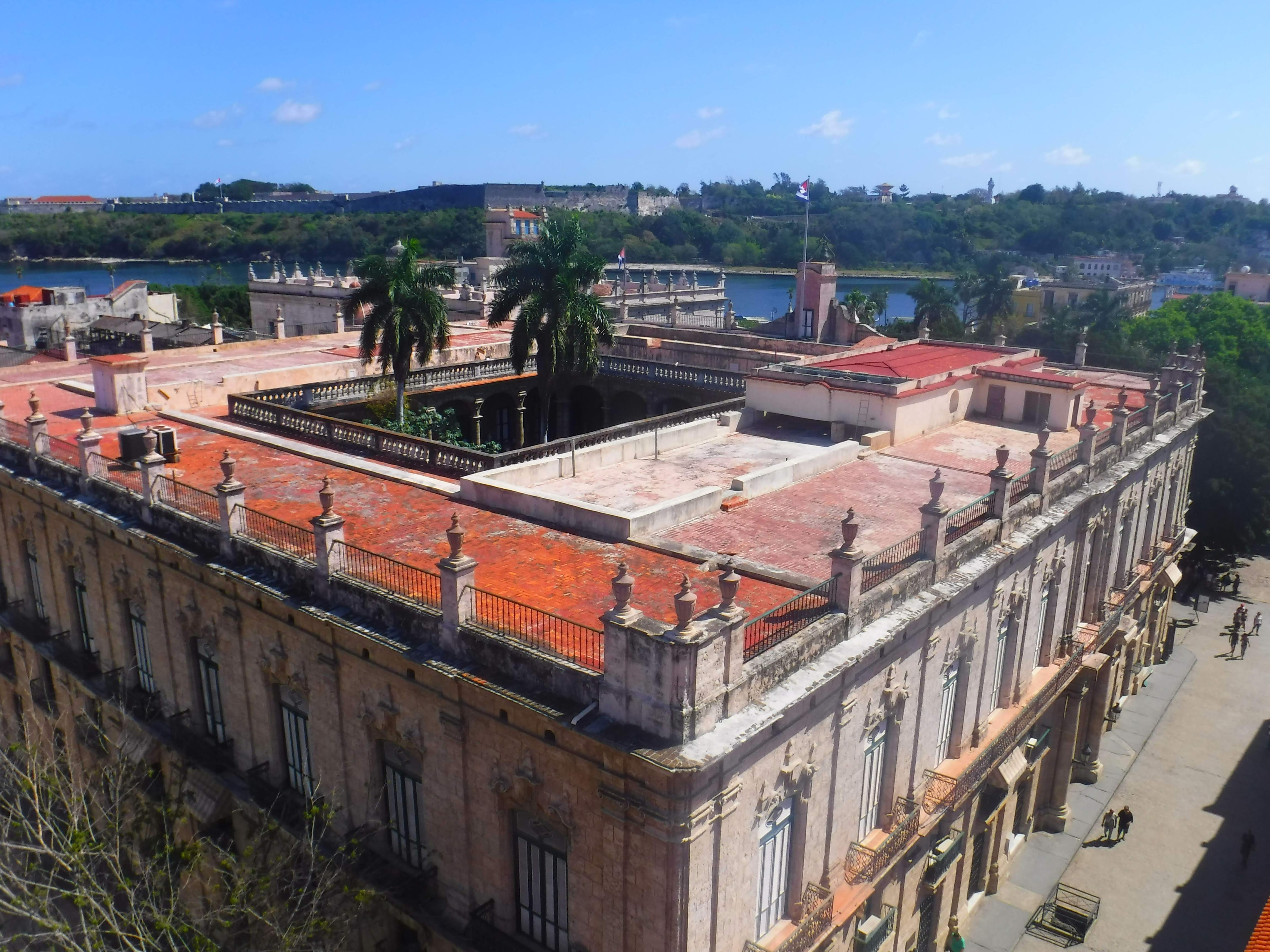 One outgrowth was increased partnerships with West European and South American business to monetize the tourist industry, and the eventual issuance of licenses for Cuban citizens to partake in a select list of private enterprise activities.  One of those is the Casa system, where Cuban rent out individual rooms, often to foreign visitors, sort of like a bed and breakfast.  Many of them are even on Air BnB now. 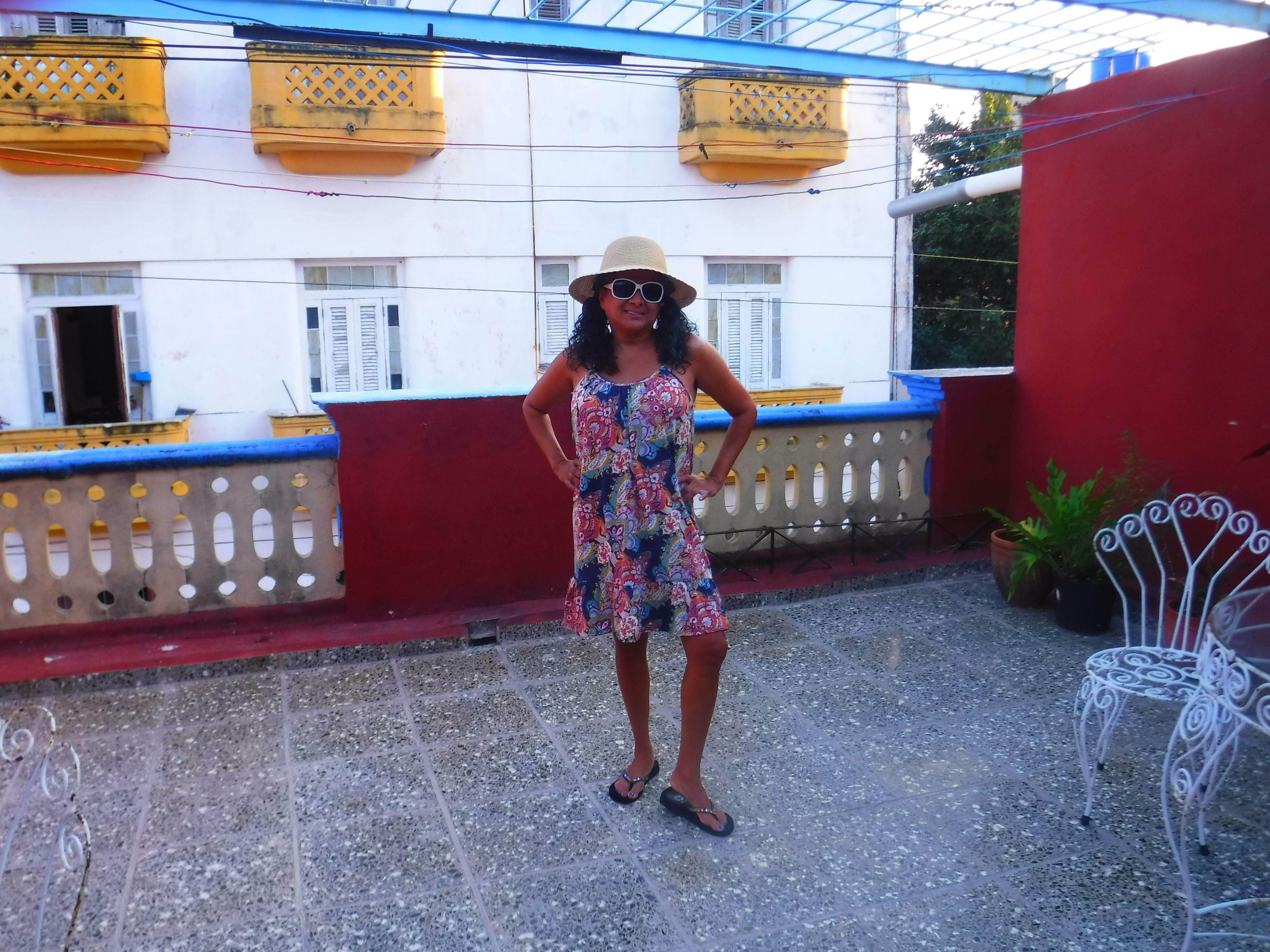 Our group split between to different Casas within about two blocks of each other.  We had our own private room, with locks, a private bathroom, and a shared large balcony.  We were given keys to the front door of the house as well, and invited to use the kitchen and main living room. The others in our group had the same general set up.  Everything was clean, we had hot water during the day, and were within easy walking distance of bodegas, restaurants, and some shops. 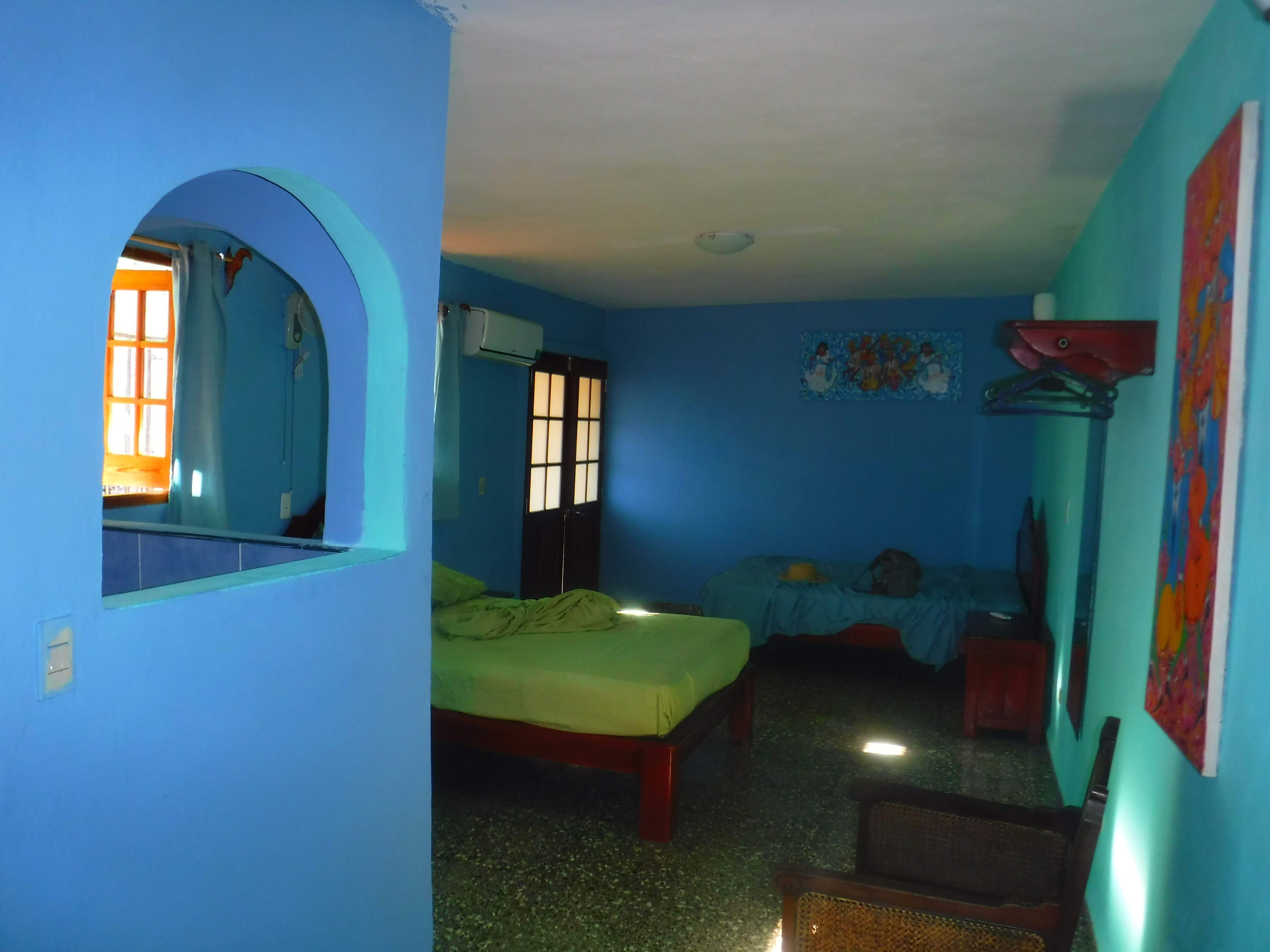 Our room for the stay.

After meeting up with Talek in the other casa, she got us situated in ours, and gave us the run down on the local area.  We made the stroll down to one of the main thoroughfares to seek out a money changing venue.  As I mentioned earlier, Talek had prepped us for the confusing currency situation.  To start with, there is a 3% fee when exchanging currency, and an additional 10% added on for US Dollar exchanges.  Because of this we had gone through the trouble of changing our dollars into Euros before leaving the states, which saved us about 20 bucks in all. 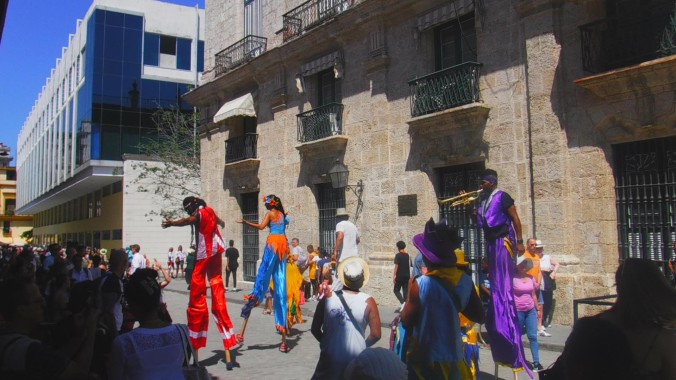 Here in Havana we exchanged the Euros for Cuban Convertible Pesos, informally, “CUC” pronounced close to “cook.”  The CUC is pegged to the US dollar, 1 for 1, and is the primary currency for foreign visitors.  This is not the currency most Cuban’s use on a daily bases.  They use Cuban pesos, 25 of which equals one CUC.  And yes, the price for foreigners using CUCs is significantly higher than for locals using pesos; most vendors interacting with foreigners will only except CUCs. 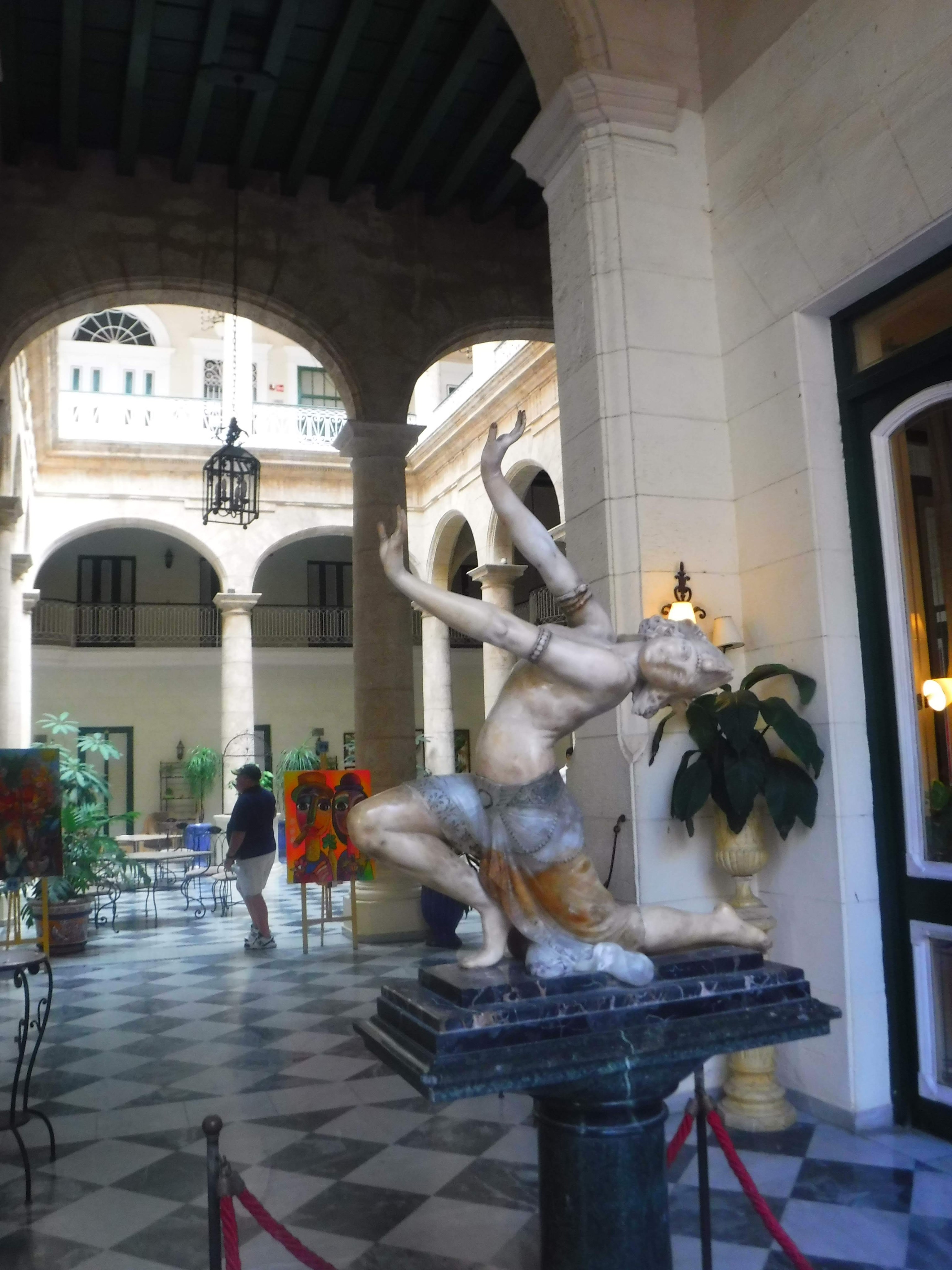 Which is fine, because we found everything to be quite affordable regardless of the mark up.  We bought a bottle of three year old Club Havana for 8 CUC, fantastic cheese and ham croissants for just over 1, and usually paid just a few, 4 or less, for taxi’s around town.  Local beer, even in high end hotels, rarely ran more than 2 per can, and restaurants were noticeably cheaper than equivalent meals in the US. 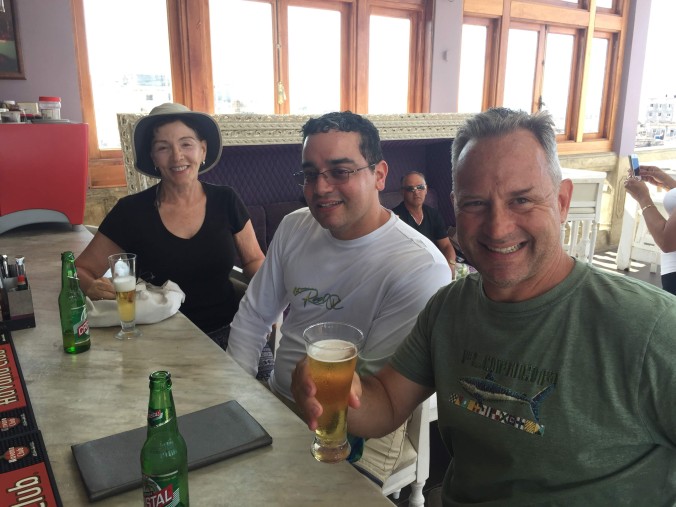 The next morning we met up with Talek and the rest of our tour group: John, Talek’s youngest brother, and Jaems, a women she had met at a bloggers conference.  Originally there were supposed to be three others (a couple and their friend) but a death in the family had caused a late cancellation.  So here on day two we began our tour in earnest.  And let me tell you, if you have an interest in going on any of Talek’s tours, which we highly recommend, be prepare for a full schedule, because she does not play.  You are in this country for what may be the only point in your life, and she wants you to see everything in the limited time you have available. 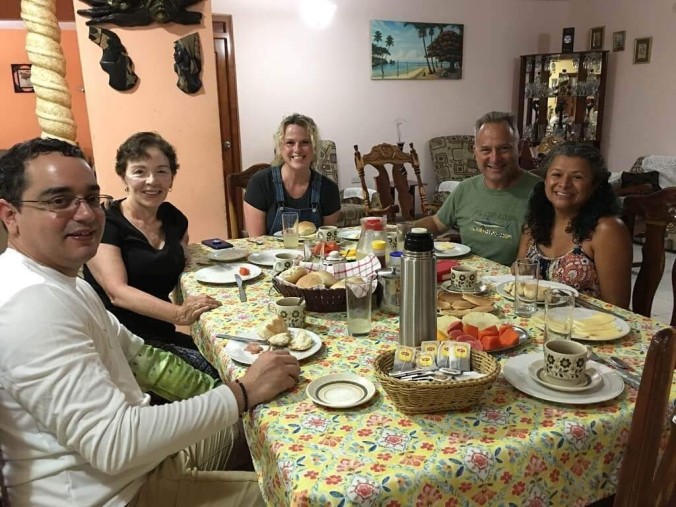 We enjoyed a sit down breakfast prepared by the hostess at the other casa before boarding a taxi for a full day in Old Havana.  This would be an extensive walking tour of this historic UNESCO world heritage site, focused on the history, culture, and architecture, though with a few stops for refreshments, or course. 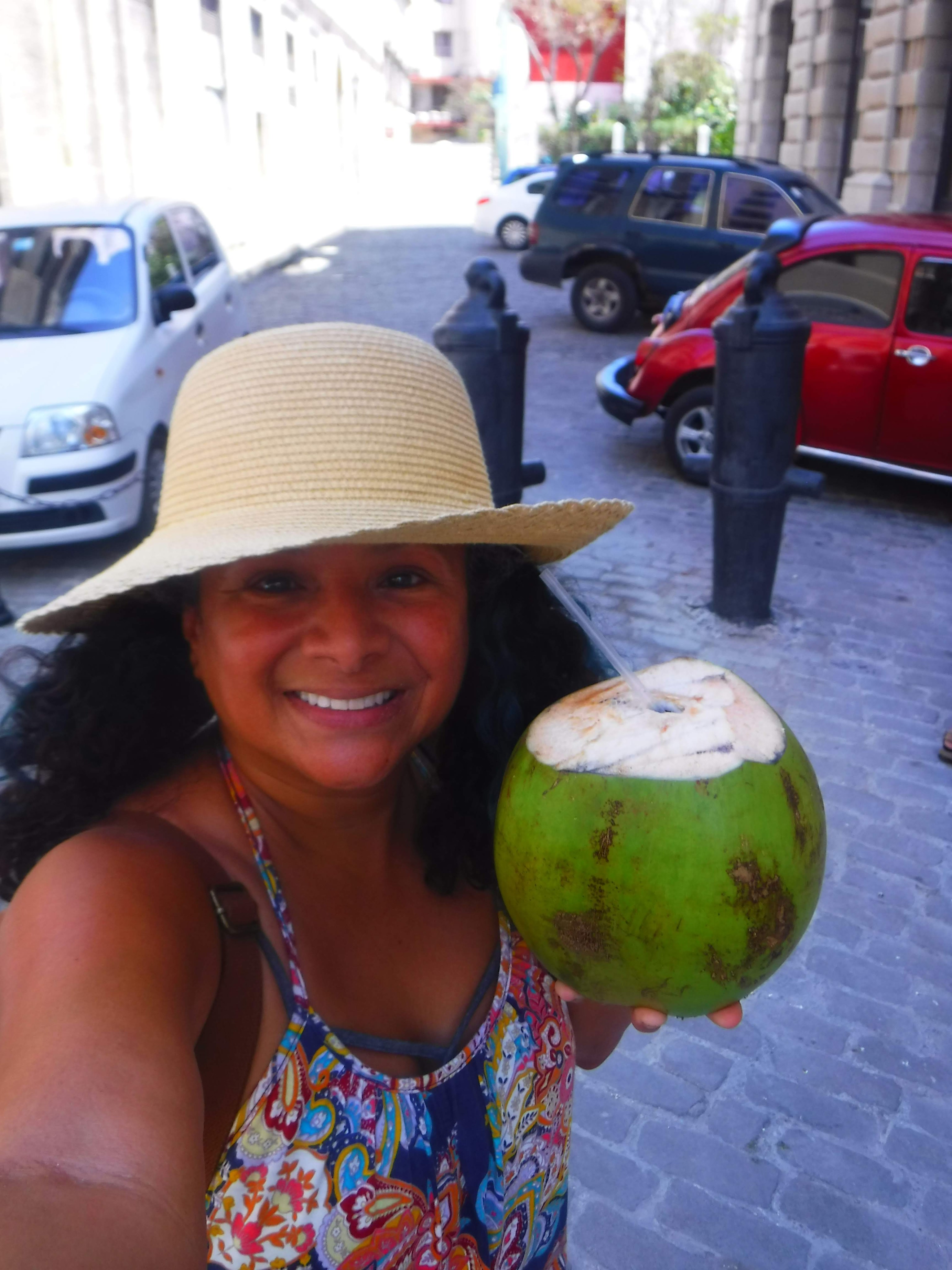 One of the most common phrases associated with Old Havana is that it is a city caught in time.  The vast majority of the buildings are pre-WWII, and, famously, a large portion of the cars are old American classics from the 40’s and 50’s.  One of the things Talek pointed out is that as far as the architecture goes, much of it really dates to the pre-depression era in the decades after the turn of the century. 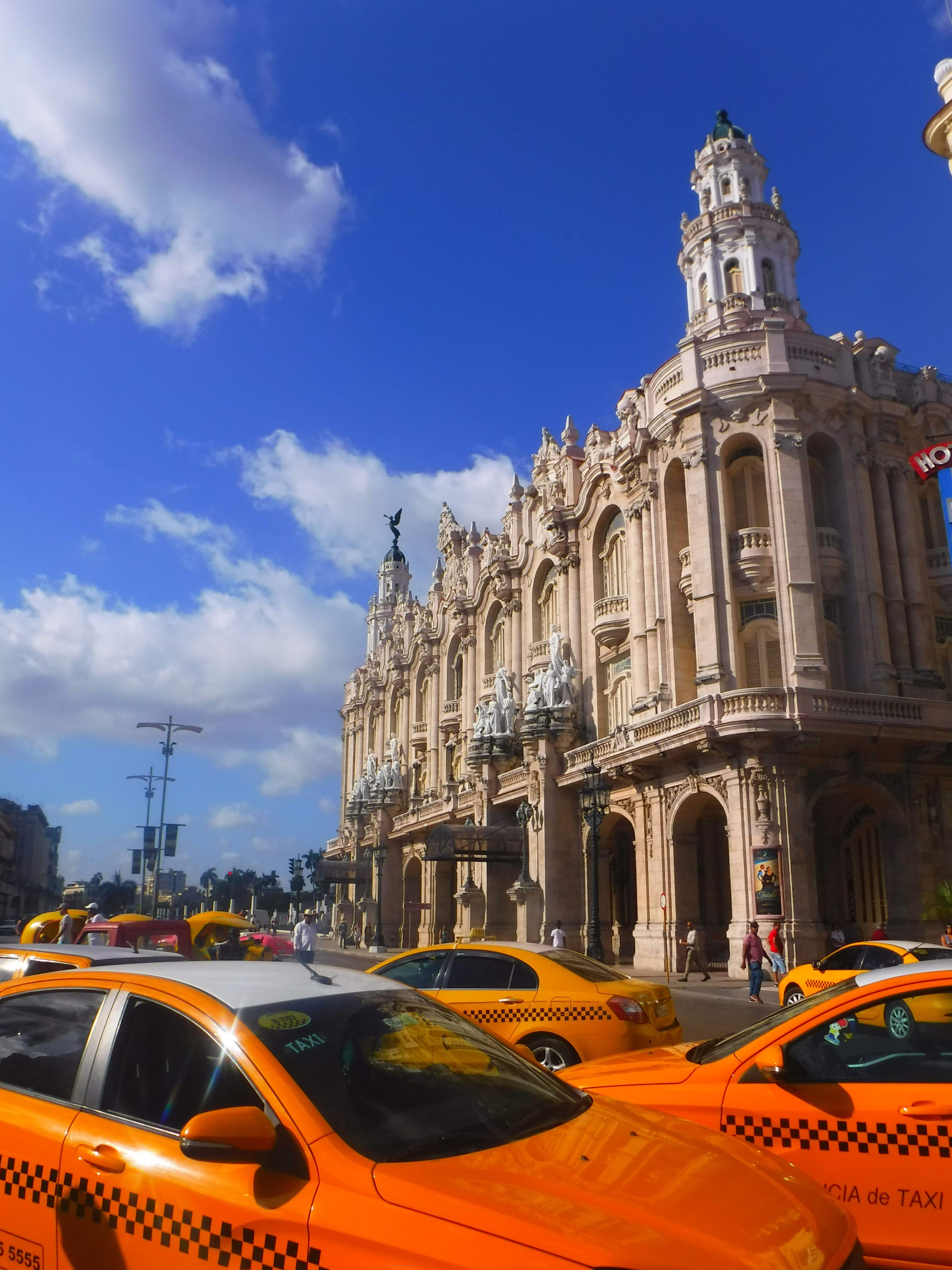 We had a sit down lunch with live music before continuing our walk, then did a bicycle taxi tour of a couple more culturally relevant stops and a drink on top of one of the best rooftop hotel views in the city.  Many of the historic building have intricate lower level lobby’s, some of which serve as historic markers and museums. 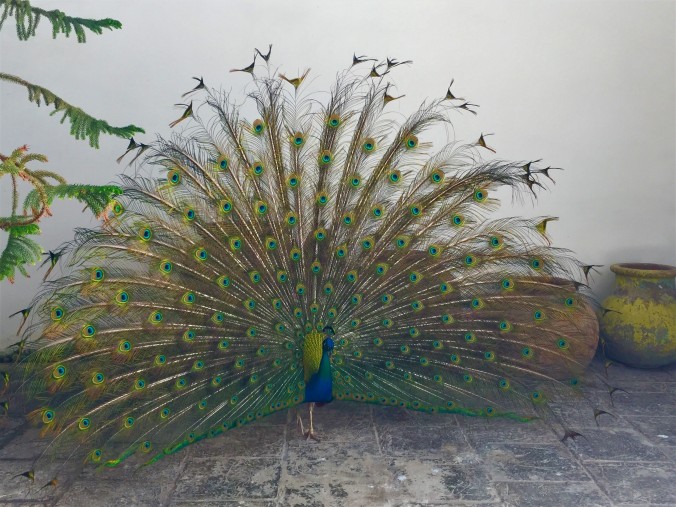 This peacock occupied the back courtyard of one of the street level museums.

We visited one of the local markets permitted by the government to sell various food items outside of the ration system.  It was from these markets that our hostess gathered the necessary items to prepare evening meal in her house.  This was an excellent capper to a long day, and we headed back to our casa tired but satisfied, and ready for an evening cocktail before an early bedtime; for tomorrow would be full as well. 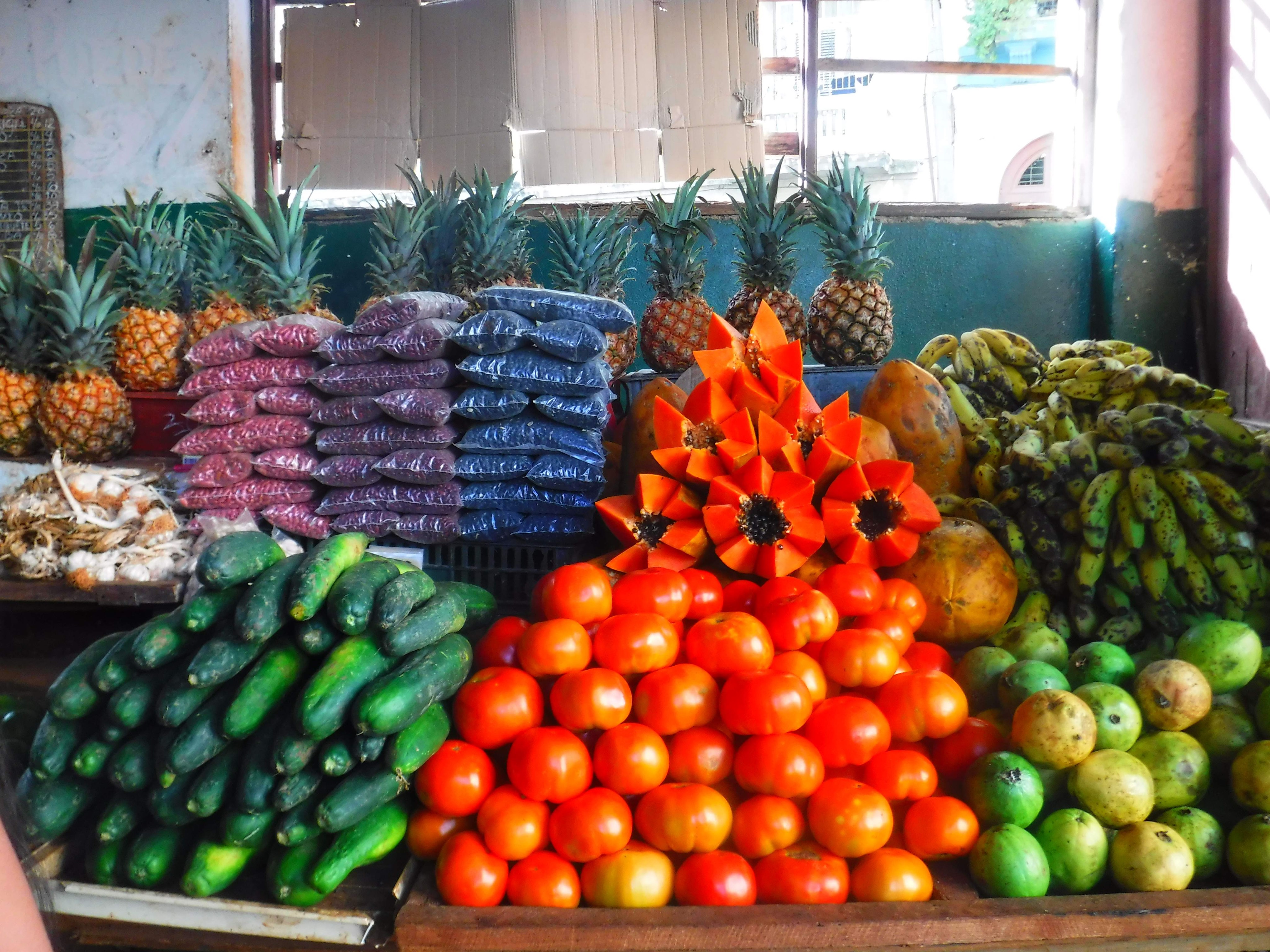 I was planning on writing up our Cuba trip as one single post, but I’m already at 16 paragraphs and feel I am beyond many attention spans. Additionally, I am running into an unexpected problem with inserting google photos pics into WordPress, so until sort that out, no more pictures. Once I resolve that issue I will likely do the remaining four days in one photo heavy post since we won’t need paragraph upon paragraph of intro like in this one. 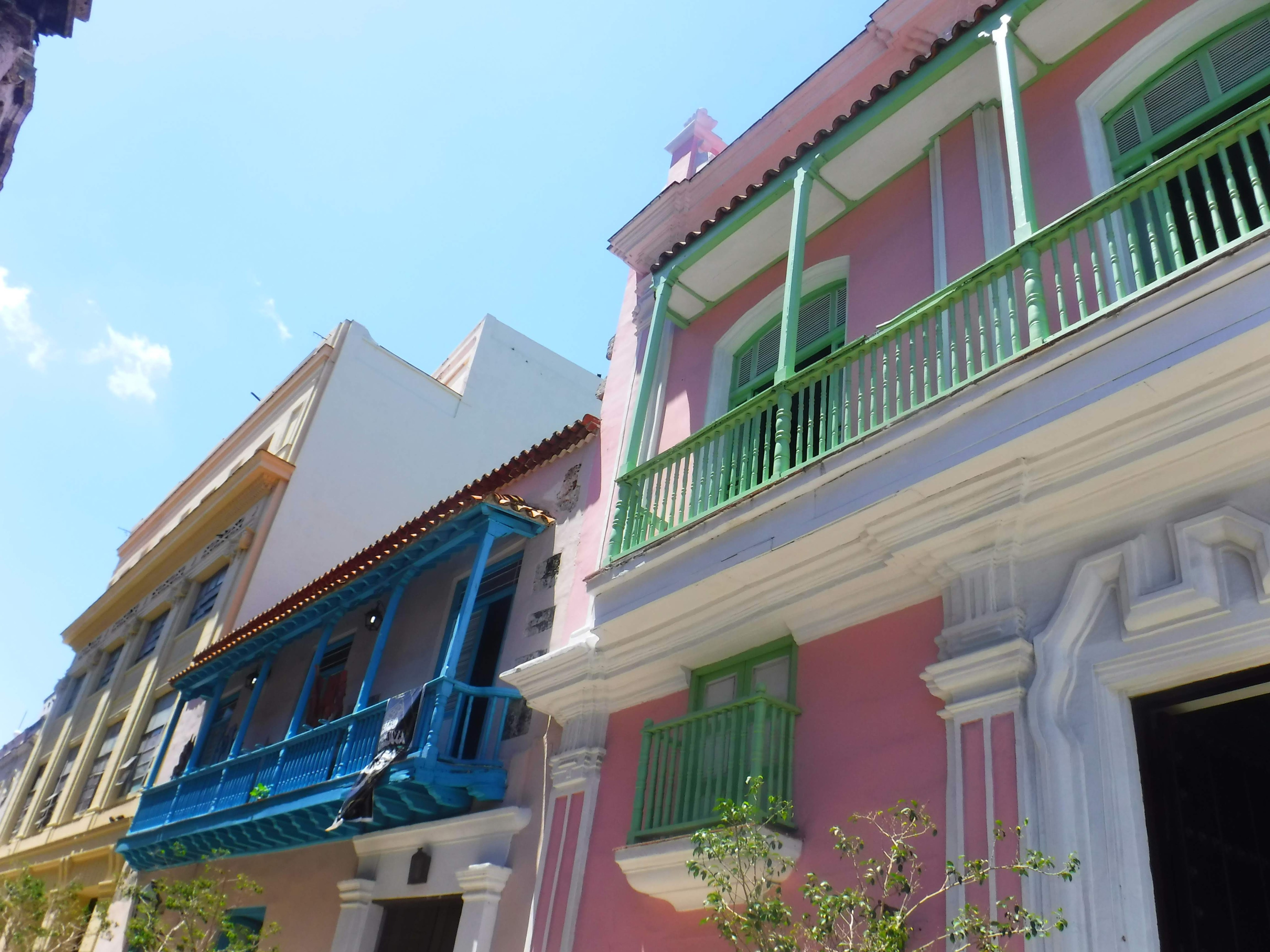 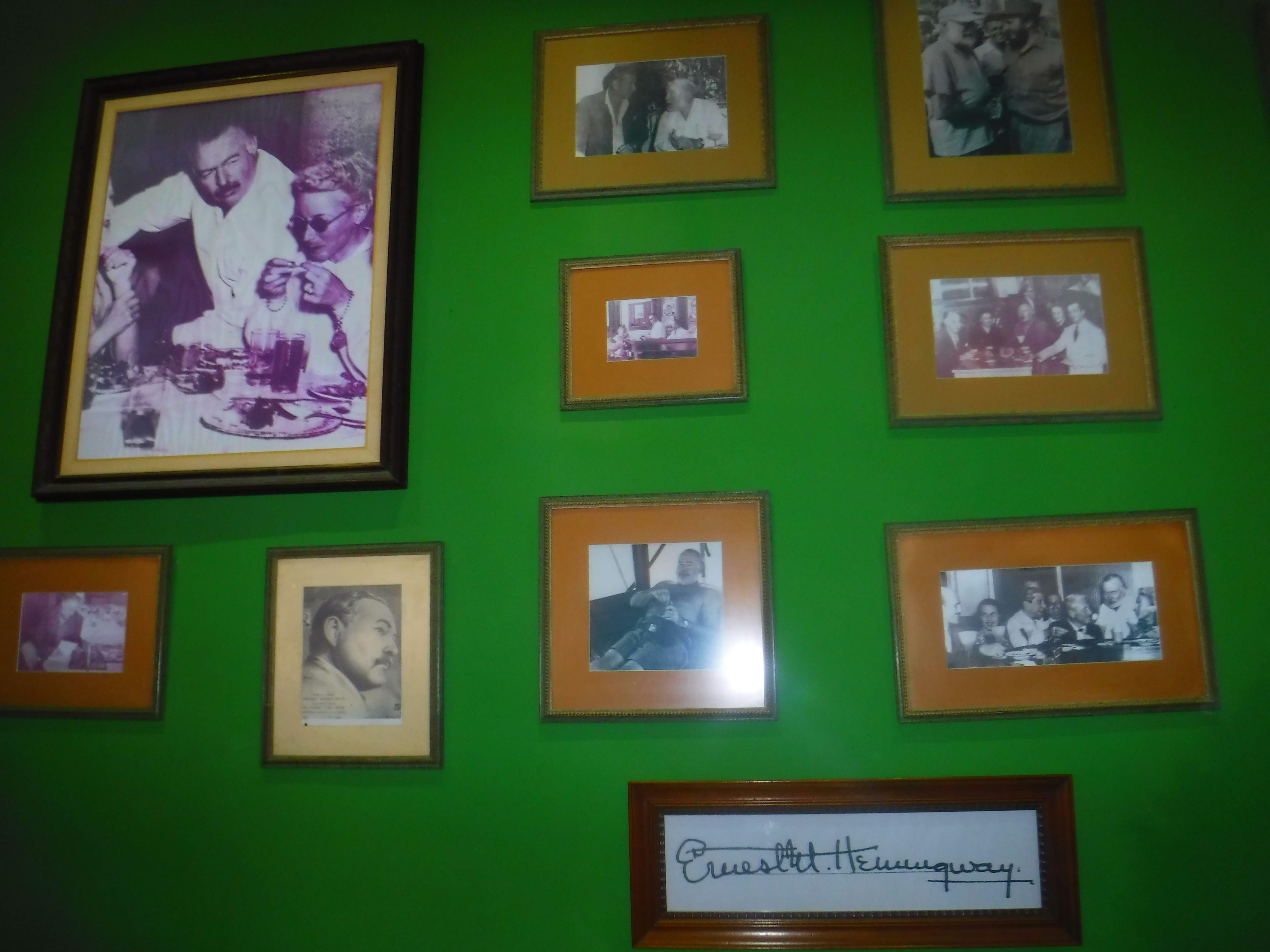 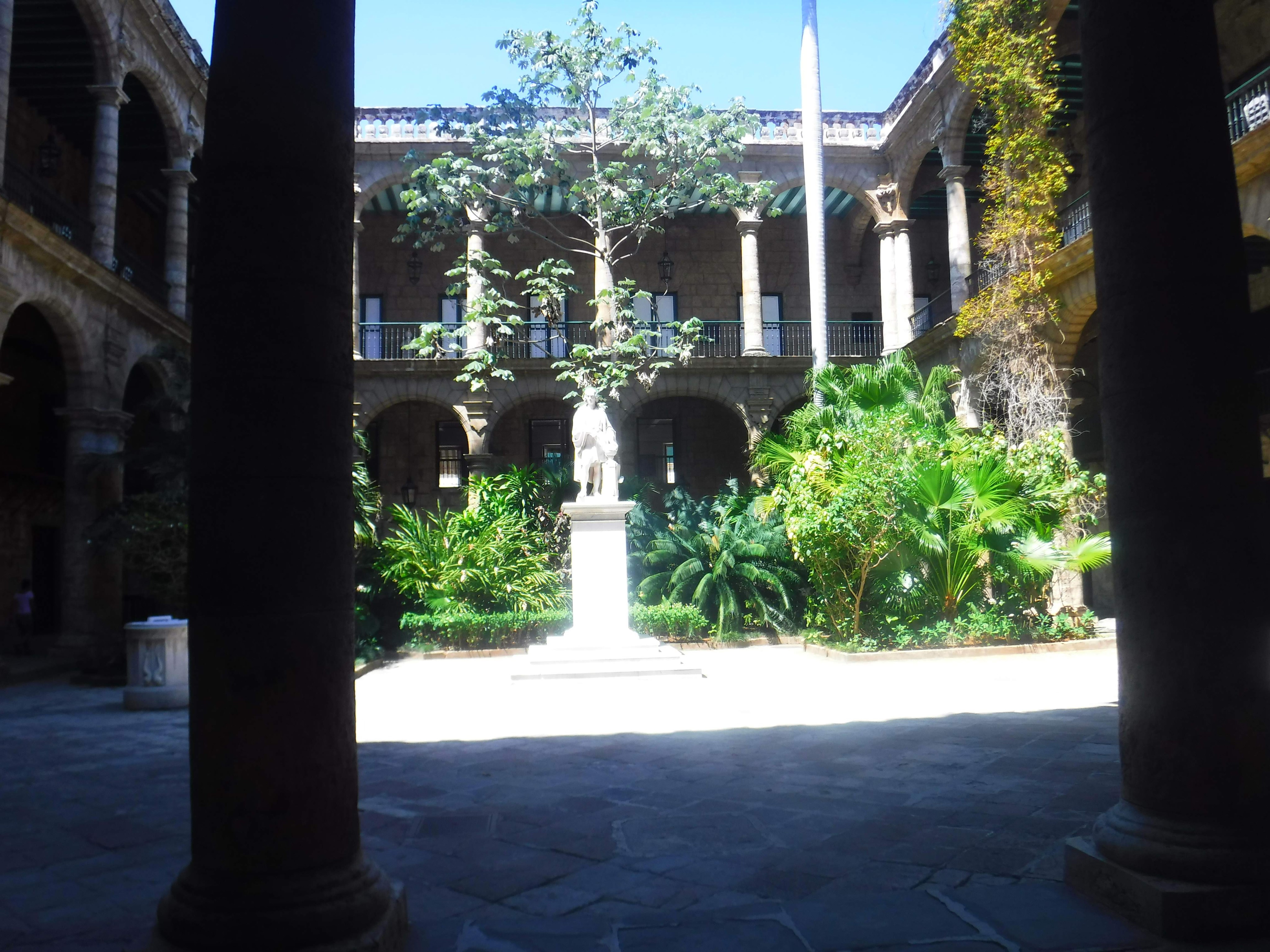 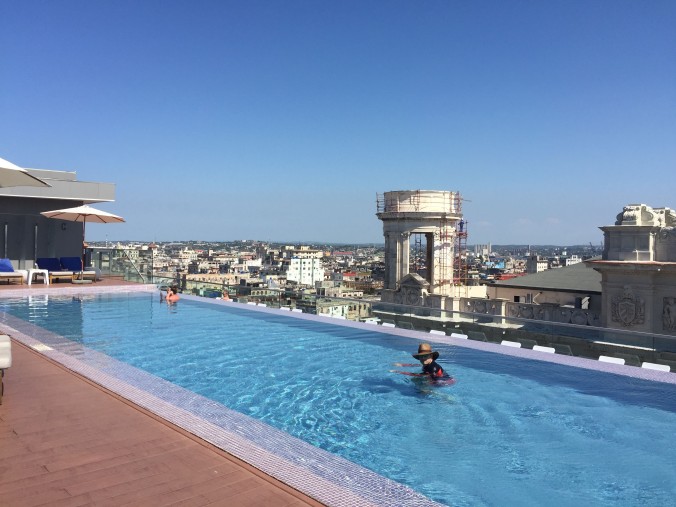 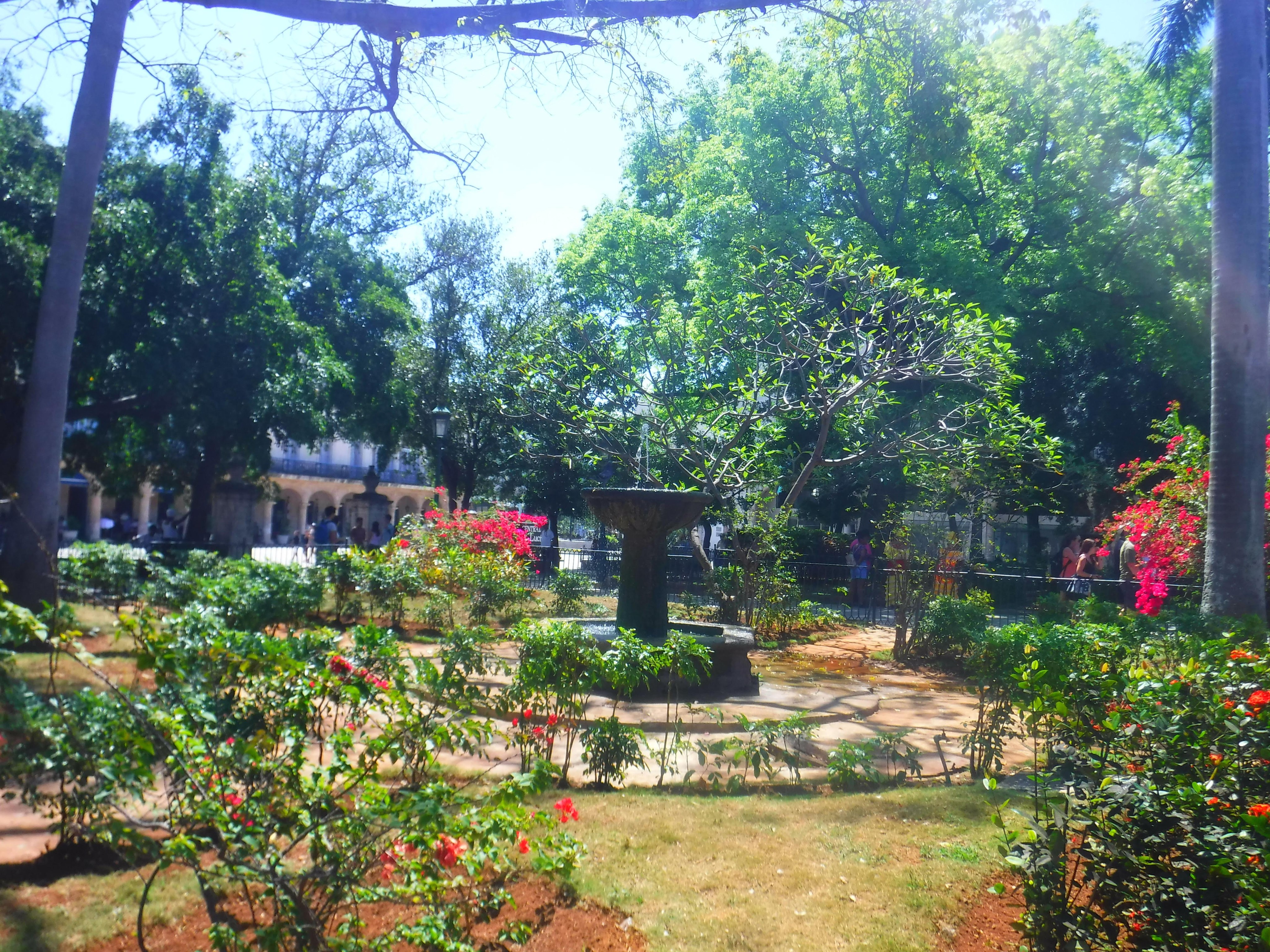