I think Geocaching (explanation at that link) is a fantastic hobby, but it is particularly suited for RVers travelling around the country.  It gets you out to places you might not otherwise see, often involves a bit of exercise, and unlike those who live in a fixed area, we won’t run out of caches or find ourselves needing to venture further and further afield in search of them.  For instance, here is my cache map from Sanibel Island in 2016, which left only the east end of the place still holding unfound caches.

Our cache map after our last visit to Sanibel in 2016.  The yellow smiles are the ones we found, every other little box we had not yet found.

We “cleared” the rest of those during our first visit in 2019, and now have to venture into Fort Myers to find new caches.  If we lived there full time, it wouldn’t take long to clear Fort Myers as well,  but as full time RVers travelling out of Key West 9 months of the year, we can only temporarily run out: the next town will certainly have more to find. The Geocaching website updated their symbology in 2017, but you can see the obvious expansion of our found caches in the area; we cleared the Island and started working on Fort Myers.

But, for those three months in Key West, we have pretty much run out.  There were a few newly placed ones this year, and a few “Earth Caches” (a GPS location that does not have a physical container to find, but rather questions to answer about the spot, which usually educates you about something significant in the area) that I had not yet done.  That meant only getting about half a dozen caches on the Island, though we managed to get a few more by venturing into the other lower keys. 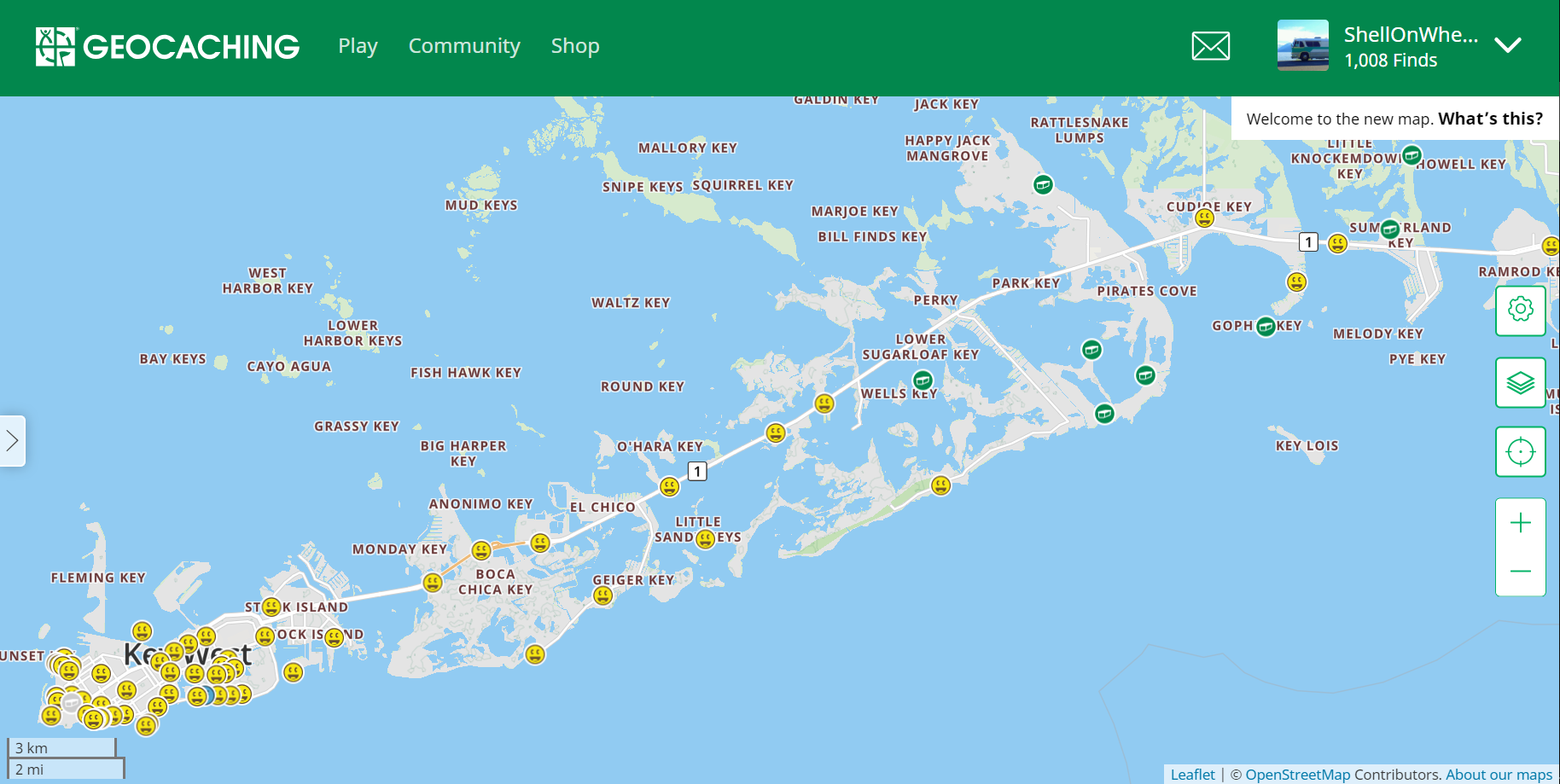 Nothing left to find in Key West unless they place some new caches.  We need to venture up to Sugarloaf and beyond to cache.

All that is a long way of saying that though we managed to find 500 caches in 2018, pushing us to 1000 as of December 31st, we left Key West with only 1007 caches.  Expect that number to start ramping up considerably now that we are back on the move!