While spending what we thought would be a full week back at NAS Key West, we got a text from The Nealys indicating that they would be cutting their stay at Bahia Honda short and cancelling their last three days there.  They were willing to give us a text just before they finalized the cancellation in the hope that we could be ready to pounce and hopefully beat the profiteers to the spot.  Success!  We picked up a two day stay in our favorite Florida State Park at the exact end of our planned time in The Keys.  Thanks Jennifer and Deas! 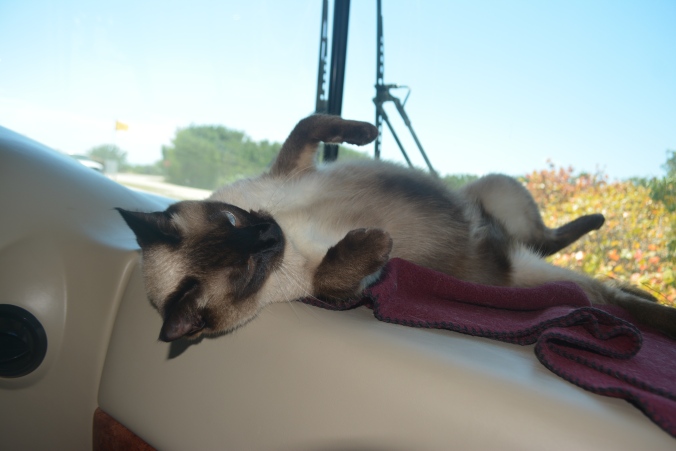 PKM obviously stressed out by the 35 mile drive.

So Wednesday morning saw us breaking camp, stocking up on a few things from the base commissary, dumping tanks, and topping off our water before making the 35 mile drive north.  Now that is the kind of distance between campgrounds I love, a lot less strenuous than six hours or more in a big motorhome with a car under tow. 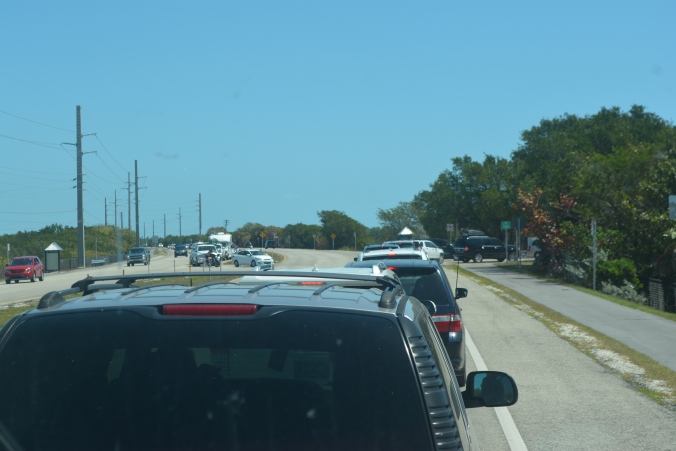 The line to get in visible from both directions.  At this point we are mostly through it.

Of course, it just can’t be that easy, right?  Something has to add drama, especially when driving in the Keys at peak season.  Earlier in the month when we passed by Bahia Honda on the way to Curry Hammock, and again on the way back south to NAS Key West, we noticed the line of cars at the entrance, most of them waiting to get in to the day use area, interspersed with an occasional RV going to the campground.  As we approached this time, the line was already quite long from both directions, so we resigned ourselves to a long wait.

Passing the Nealy’s on their way out.

I know the park has a maximum capacity, and assumed that the line was organized such that if a car came out, the next in line would go in.  Not so!  They were simply letting every single car pull up to the ranger station, where they were individually informed that the park was full, they would need to turn around, and if they came back in a few hours they should be able to get in at that point!  Why? Why would they do this rather than have a sign out front saying “Park Day Use Area Full”?  Hundreds of people waited in line 45 minutes just to be told they couldn’t come in, all of the RVs that had reservations or working vehicles with business in the park had to wait in the line as well, and the rangers and volunteers had to explain the same thing over and over and over again.  Seems ludicrously inefficient. 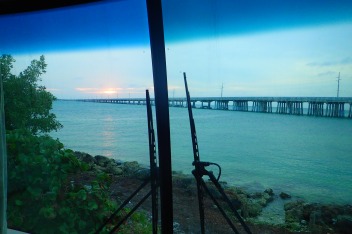 Ah well, we suffered through it, and our timing was fortuitous enough that we got to wave goodbye and exchange a few words with Jennifer and Deas when we passed each other on the entrance road.  The spot that we inherited from them was one of the best in the park: large and right on the water.  The only downside?  We once again encountered a water connection that was too far for our 25′ hose to reach since it was located at the very front near the road and about half way over to the neighbor’s site.  This is why we have gotten much more consistent about topping up on water before we move to a new campground. Sure, we are a bit less efficient carrying several hundred pounds of water around, but you never know what you will find at the next stop. 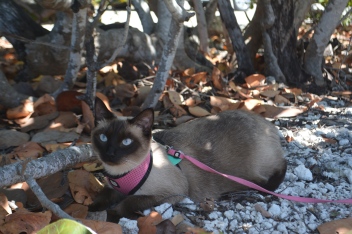 We had great weather while there, taking advantage of our two day stay to swim in the designated bay area, in the not so designated area right in front of our site, and on the far side of the island as well.  The cat loved the site as it had a good amount of lizards to chase and plenty of shade under the foliage.  Next winter we will tray again for a longer stay, hopefully with better luck on the reservation system so we don’t have to rely on one of our RV friends to cancel and give us their spot. 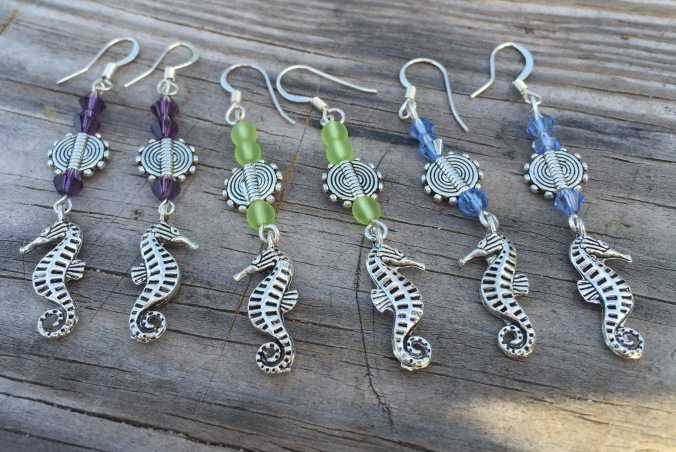 Rosemarie used our time here to make and organize some of her jewelry. 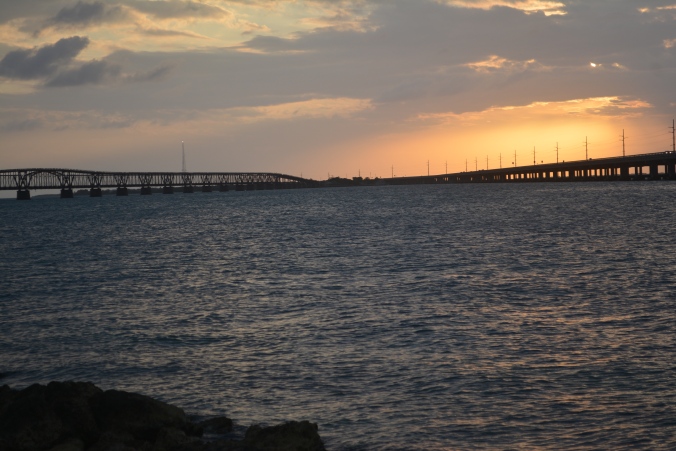 5 thoughts on “Bahia Honda, our last stop in The Keys this season. Our favorite state park but they sure could use better signage.”