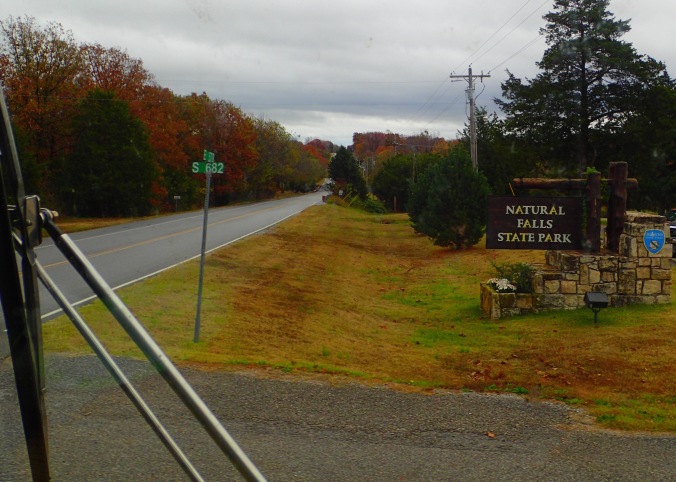 Ever since leaving Colorado we had gotten used to the fact that we were visiting places out of season, and that even the popular ones would only fill up on weekends.  It had held true though five parks, and we foolishly assumed that as long as we arrived at the next stop before the weekend we would be able to claim a site.

So it was rather surprising and disappointing to pull into Natural Falls State Park before noon on a Thursday only to be told they had one site left but only for one night.  Doh!  We had not even considered trying to reserve online, partly because of the above stated pattern, but also because we are still a bit nervous about The Big Kahuna’s reliability and don’t want to pay cancellation fees if we run into trouble. Besides, we are picking all these places based on the recommendations of others, and since we don’t always agree with “others” we enjoy the flexibility of staying longer or cutting it short in each location.

Dripping Falls from the observation platform

Natural Falls was our top pick for Oklahoma because it was the best Trip Advisor rated natural attraction located conveniently close to the state’s eastern border. Oklahoma would be our last state in a southern run before before we turned decisively east.  We had limited our stay in Missouri to only two nights in anticipation of spending three in this great little campground and the associated state park.

Just a bit of frogspawn plant on the river surface

Alas, we would have only one day, so we made the best of it.  Fortunately the drive from Missouri was one of our shorter runs, only 75 miles or so, and we had gotten an early enough start that we still had most of the day.  We did a quick hook up to the electrical and water before heading out on a slightly drizzly hike to the Dripping Falls and along the resulting river. 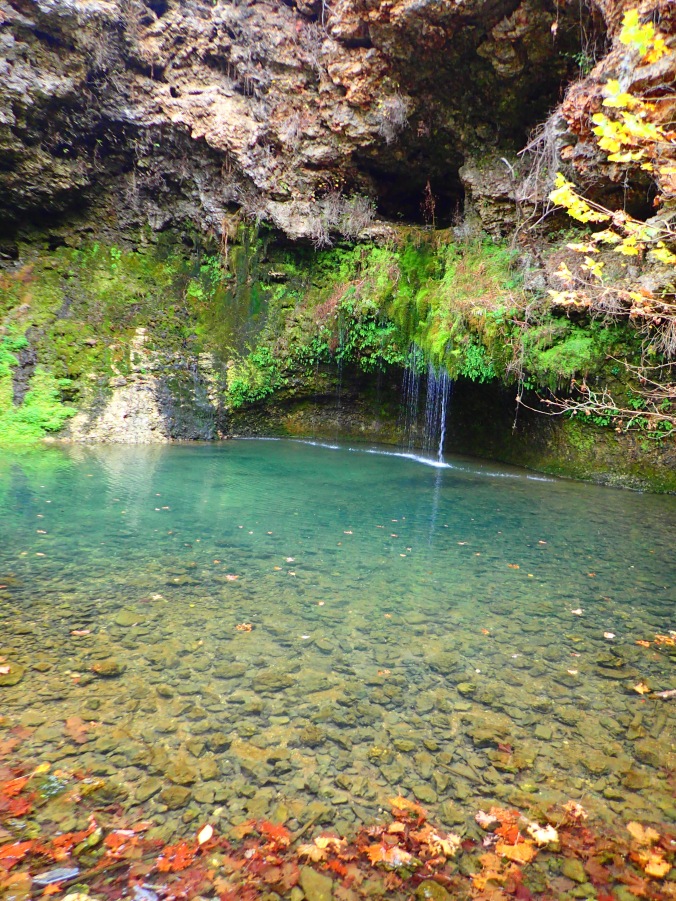 Another view of Dripping Falls from the pool at the bottom. No swimming allowed, unfortunately for me.

We could see why this place is so popular, the falls are beautiful, the river strikingly pretty, with an abundance of easy to moderate trails.  Even during our short hike we spotted plenty of wildlife, mainly birds, turtles, and a snake in shallow part of the river itself.  We probably would have hiked longer but the drizzle had started in on us as we reached the river, and just as the online weather forecast predicted, it was getting worse. 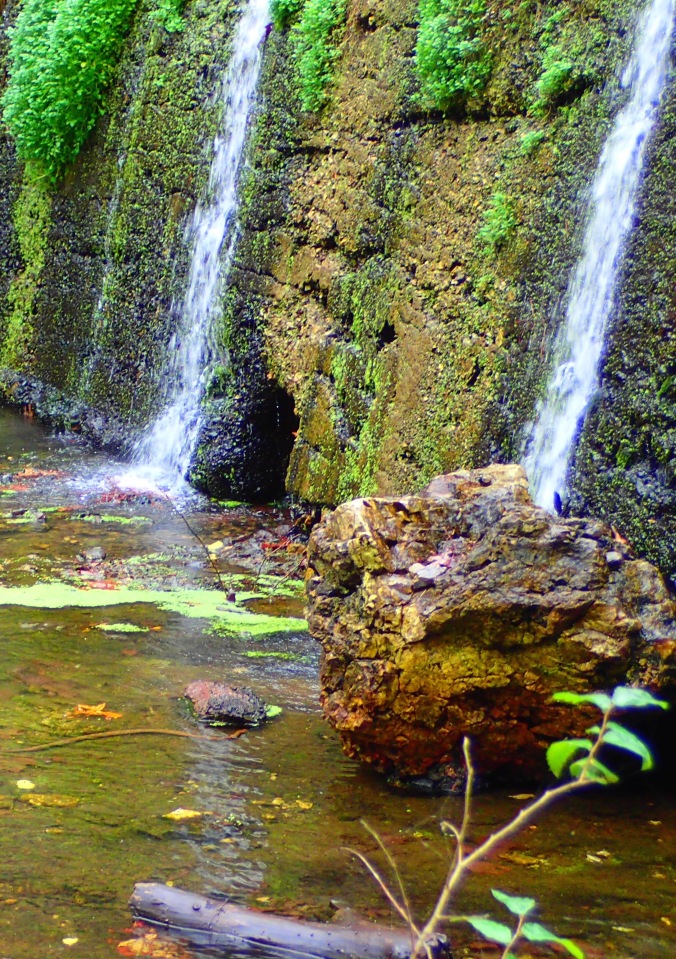 Tan colored water snake in the lower portion of this pic

The RV Campground is small, around 30 sites total, but well arranged with many easy pull through options.   In yet another case of a midwest state park with very solid value, we had water and electric for $18 as well as access to warm shower facilities and a dump station upon departure.  All in all another great little state park campground.

3 thoughts on “Oh that’s what reservations are for! One night in Oklahoma at Natural Falls State Park”