After leaving Oregon on the way to Yellowstone National Park in Wyoming our route took us through Idaho, but we knew next to nothing about the state and had few ideas as to the great places to visit there.  Rosemarie, however, ran across a nice post from Monica at the Just Five More Minutes Airstream blog raving about the Salmon River.  Based on Monica’s recommendation we detoured up ID-75 into the Sawtooth National Forest and Recreation Area and sought out the Salmon River Campground, one of half a dozen or so drycamping areas along the Salmon River between Stanley and Challis.  We have had good luck with our previous two National Rec Areas: both the Amistad NRA in Texas and Lake Mead NRA in Nevada were outstanding, but Salmon River topped them both.

ID-75 runs much of its course directly beside the Salmon River making for a very pleasant drive. The campground in question has a score or so sites on the river side of the highway arranged along a campground road that also runs parallel to the river, with a loop turnaround at each end. As you turn into the campground, half of the sites are to your right and half to the left.  We defaulted to the right and quickly discovered, despite our weekday arrival, that the place was filling up fast. 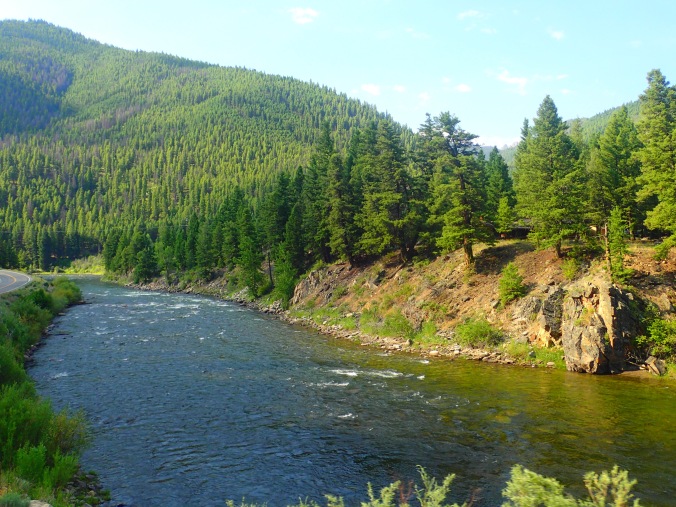 Much of the road runs very close to the river bank

We had some difficulty managing the loop turn at the end of the right hand road due to a line of rocks marking the inside edge, though that trouble allowed us to meet the camp host as he came out to assist in our back and fill escape manuever.  He initially suggested that we take one of the completely unshaded though very large spots back near the entrance, but we elected to explore the left half of the campground and found a much better, heavily shaded site closer to the river itself on the cul-de-sac loop.  Our site was not one of those directly fronting the river, but we could see it from our lounge chairs, and being only 50 feet from the bank we could hear it continuously. 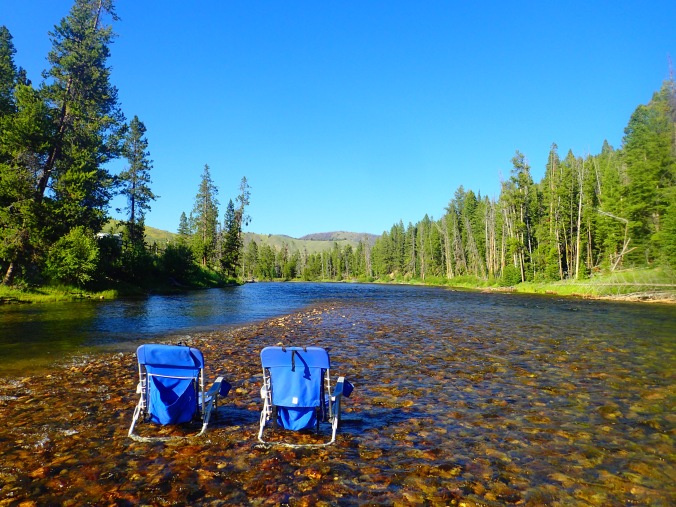 Where we spent much of the day

Though we could reach the river from a point very close to our spot, we discovered much better access back down the camp road in the right half of the grounds.  We found an ideal spot with makeshift stone and rock stairs leading down to a rock beach, with a short and shallow wade out to a river rock island.  We spent much of our daylight hours there in our lounge chairs, feet in the water, sipping beer, occasionally cooling off in the shoreline pools, and watching the rafters and kayakers cruise by. 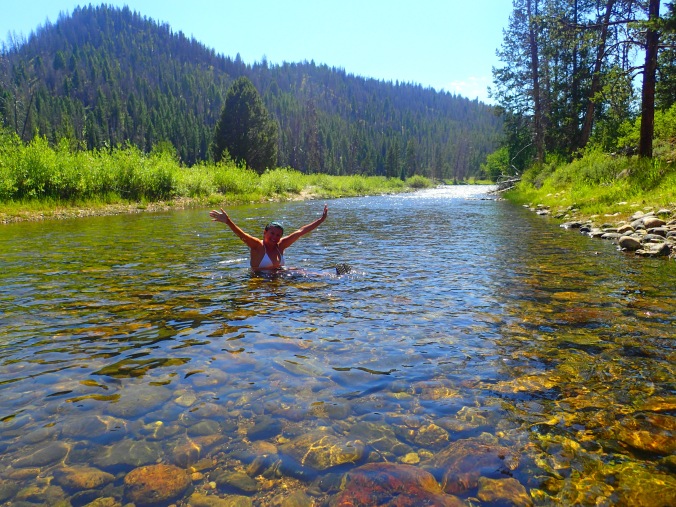 A river mermaid attempts to lure me into the water

In the evenings we made campfires, roasted hotdogs ,and enjoyed the abundant animal life, including a deer that waded through the river as we sate outside enjoying the evening.  We also spotted nesting ospreys, yellow warblers, and a host of other birds we couldn’t possible identify. They had feathers, if that helps narrow it down. 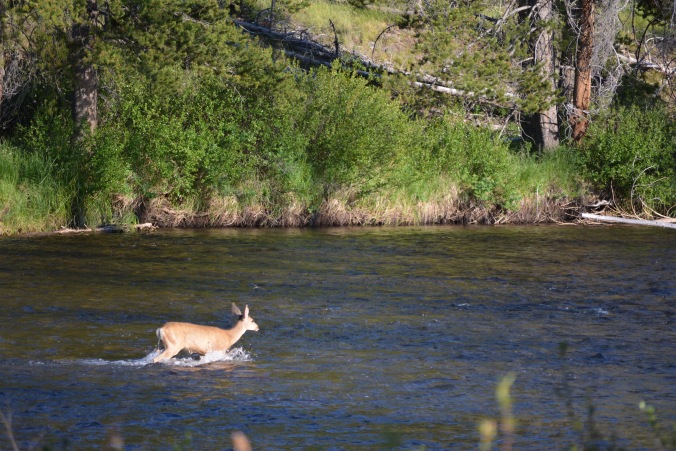 The drive out, headed towards Yellowstone, was just as impressive, with several geothermal hot springs draining down into the river.  Salmon River has been one of our favorite spots this year, and we have been to quite a lot of places in the last seven months.  We have little doubt that we will be back. 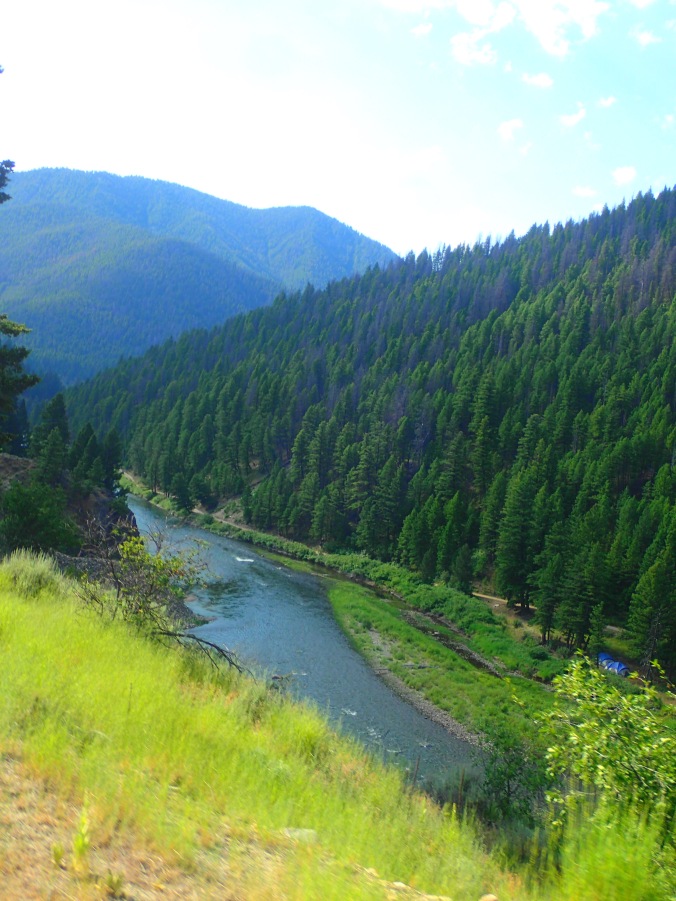 8 thoughts on “Easily one of our favorites this year: Salmon River Campground, Sawtooth National Forest and Recreation Area”