We are just finishing three days of self-imposed internet blackout in order to keep from incurring data use overage charges.  We are back up now, and hope to put out several catch up posts over the next 48 hours.

Yesterday we concluded a fantastic three-day stay in Bayou Segnette State Park on the outskirts of New Orleans.  We had the very good fortune of catching Fred, one of our old friends from Miami Beach during the aughts, working the last two weeks of his contract job in Boutte, also on the outskirts of New Orleans.  He picked us up on our second night in town and took us out for our first authentic Louisiana meal: three pounds of boiled crawfish plus boudin and char broiled oysters at Perinos Boiling Pot on the west bank of the Mississippi just south of NOLA.  Good god that was damn good eating.  Have you had boudin?  I refer you to the wiki page; we probably had the boudin blanc variety common in Cajun cooking.  Pork liver, heart meat, rice, what more could you ask? As for the crawfish, all I can say is pinch the tail, suck the head, and don’t think about it too hard. 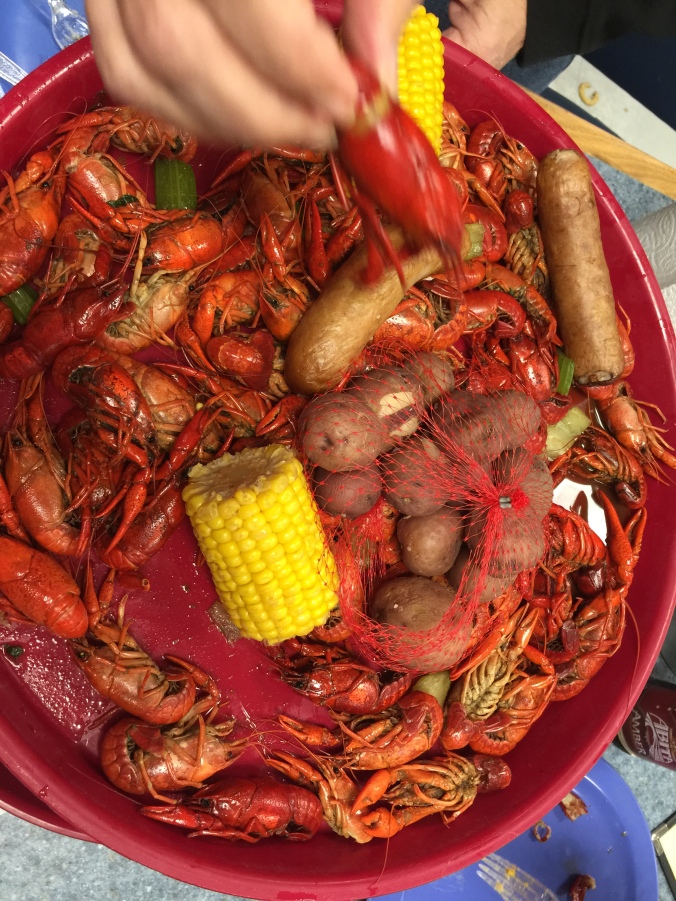 The next day Fred picked us up again and we headed into the heart of New Orleans, parking on the outskirts of the French Quarter, where we spent the afternoon among the Mardi Gras revelers, street performers, musicians, bead tossers, and paraders.  Daylight hours allow for something closer to a kid friendly, or at least PG rated, party atmosphere, with beads flying from the balconies for everyone regardless of their willingness to, er, expose. 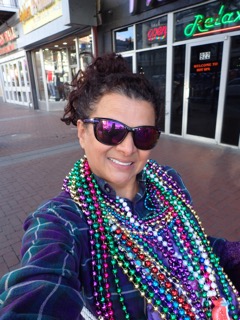 No exposure required for the cute ones… 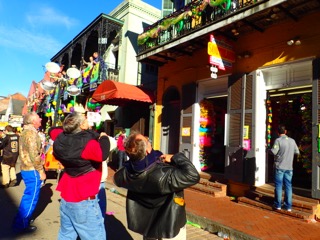 … some of us had to resort to the traditional method…

We warmed up with coffee and beignets, though we took them from the very cool Cafe Beignet rather than suffer the ludicrous lines at the famous Cafe du Monde.  Covered in powdered sugar, we enjoyed a parade and then one of the coolest street bands I have seen, St Cinder, a six piece ensemble band with a style difficult to describe.  Clear Louisiana bayou with funk, folk, and blue grass influences?  Sure, why not.  Their EP.  I think they could benefit from a good sound studio, but man they are a joy to watch live. 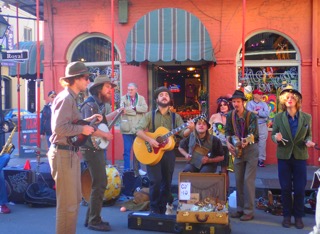 After a tour of Jackson Square and local beer from the Jackson Brewery Bar (yes, for me an IPA of course, Hopitoulas) we headed back across the river for a true Cajun meal without the New Orleans price tag.  Fred took us up the road to Zydeco’s in Boutte, a fantastic choice.   Rosie went with the seafood buffet with unlimited crab (snow, king, Dungeness, boiled, stuffed, fried) while I opted for an alligator sausage poor-boy and a ludicrously large beer.  Thanks to Jade, our top-notch waitress, for the service and recommendations.   We headed back to the Big Kahuna, stopping along the way for a drive-through daiquiri. Yes, a drive-through daiquiri. 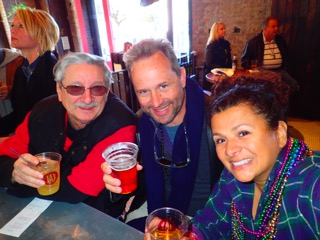 Simply put, this was a great stop.  Rosie had her first taste of New Orleans, and after some initial reluctance she embraced it fully, finally getting what all the fuss is about.  We had fantastic food, a wonderful RV site, and great guide to show us the way.  We only wish Fred’s wife, Donna, had been up to the trip west to join us.  Perhaps next time! 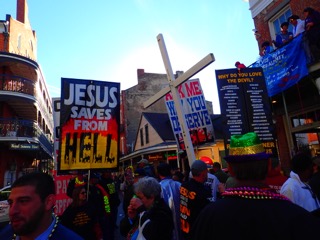 Mardi Gras: A wonderful time… though some wankers would disagree.

4 thoughts on “The Food! The Music! The Parades! Mardi Gras Season in New Orleans”